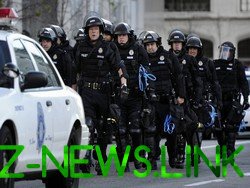 Six men arrested in the Netherlands after the discovery of seven cargo containers turned into makeshift prison cells and torture chambers.

The containers were discovered in Wouse Plantage, a southern suburb of Rotterdam, after the French police cracked the encrypted phones of criminals.

As reported in the Dutch police, the attackers did not have time to use containers for the purposes for which they were converted, and potential kidnapping victims are now under protection in a secret place.

Inside the containers were discovered, among other things, the cuffs and the dental chair.

The suspects were arrested June 22 after the Franco-Dutch operation hacking encrypted messenger EncroChat. Among the participants of the chat was one of the suspects staged a jail in containers – a 40-year-old man from the Hague.

Containers police found in April and set over them watching. Observation showed that almost every day containers came to work groups of men. When the work was nearly finished, the police decided to intervene.

The containers were Soundproofed. Inside, police found handcuffs attached to the floor and ceiling. In one of the containers revealed sets of police uniforms and vests. In another garden pruners, knives and balaclavas.

Two of the six suspects arrested for possession of weapons.

Just after the break EncroChat law enforcement agencies in different European countries have arrested about 800 people.