Home / economy / After the accident in Norilsk, Potanin lost per day, $1.6 billion 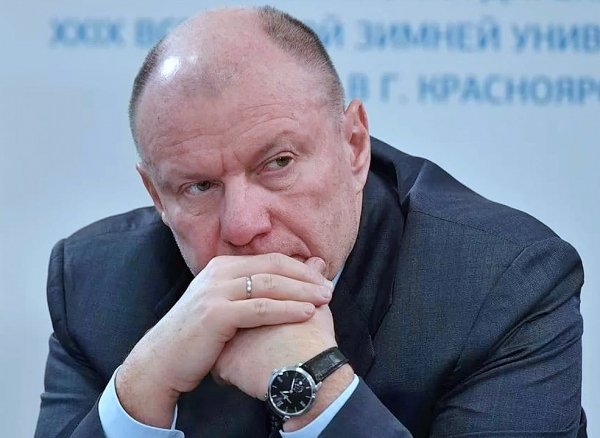 Vladimir Potanin, the richest man in Russia, lost per day, $1.6 billion due to the decrease of stock value GMK “Norilsk Nickel” after the fuel spill owned by CHP.

Now the condition of Potanin is estimated at $24.9 billion, and it is still the richest in Russia according to the Forbes Real Time counter. By 17:00 Moscow time the decline in the share price “Norilsk Nickel” on the Moscow exchange has accelerated to 9% from 4% in early trading. The price reduction happened gradually.

According to Forbes, Vladimir Potanin joined the three “Champions billionaires” the greatest loss during the day. In the first place in this trio is a Chinese businessman Qing Inline with a loss of $7.5 billion, in third place — mark Zuckerberg ($926 million).

By the end of 2019 the Russian part of the rating of the richest people according to Forbes is headed by Chairman and beneficiary of the mining and metallurgical company “Norilsk Nickel” Vladimir Potanin, with a fortune of $19.7 billion.

According to the assessment of Greenpeace, the environmental damage to water bodies due to fuel leaks under the Norilsk may reach 6 billion rubles.

The TV channel “Russia-1” the first Vice-President — operational Director of JSC “MMC “Norilsk Nickel” Sergey Dyachenko said that “no one had the slightest desire to hide the situation and not to talk about the size of this disaster for us.”

The accident at Norilsk TPP is an ambitious, extraordinary environmental disaster. More than 21 thousand tons of diesel fuel spilled into the ground and water. Dyachenko told about the incident. According to him, on may 29, Norilsk CHP due to sudden collapse of the pile foundations under the diesel tank from the tank spilled more than 21 thousand tons of oil products. A strong stream littered the surrounding area, the industrial land of the Norilsk combine and ended up in a nameless brook flowing into the river Barn.