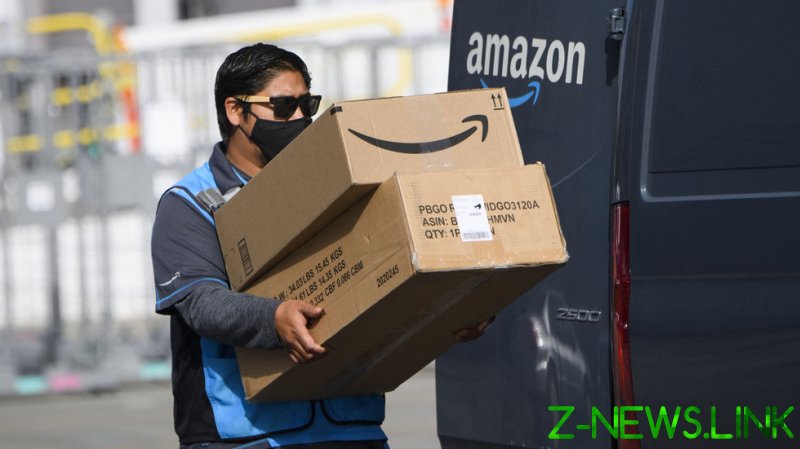 This includes but is “not limited to prevention of unpleasant breath or body odor, modest perfume or cologne, and clean teeth, face/ears, fingernails and hair,” according to an internal document, reviewed by Bloomberg. The news outlet also accessed a recent contract whereby Amazon can “unilaterally” change its policies, which DSPs must follow without question.

As previously reported, the drivers are also required to consent to being monitored by the company’s always-on AI-powered surveillance cameras.

In addition, the businesses operating Amazon’s blue vans have to permit physical inspections of their premises and any information the retailer wants, including geo-locations, speed and movement of drivers – extending up to three years after terminating the relationship.

There are no restrictions on how it can utilize this data – used in part to score a DSP’s performance on metrics like employee retention and successful deliveries, which determines bonuses and layoffs. DSPs must also institute “employment at-will” policies, leaving job security at the discretion of management.

In his final shareholder letter as CEO last month, Jeff Bezos admitted Amazon had to “do a better job for our employees” after reports about them being treated as “robots.” To address concerns on work conditions, he said the company would roll out technology using “sophisticated algorithms” this year.

DSPs are also required to “defend and indemnify” the company in situations involving acts by their drivers, including cases involving “death or injury.” Amazon does not directly employ the DSP drivers, who must sign non-disclosure agreements. This protects it from all work-related costs and liabilities.

Although the contract stipulates that disputes must be referred to arbitration hearings, drivers have taken Amazon to court, seeking to hold the company responsible for withheld wages. Victims of transport-related collisions have also sued Amazon for their injuries.

In March, the company settled a class-action case brought by Seattle-area DSP employees over missed breaks and unpaid overtime wages for $8.2 million without an admission of guilt. Also that month, California’s Labor Commissioner fined Amazon and a DSP $6.4 million for wage theft.

In 2019, three US senators asked Amazon to reveal its contracted businesses – the company said it has more than 1,300 DSPs across North America and Europe, employing some 85,000 people – claiming that its pressure tactics lead to unsafe driving with deadly consequences.

After reports emerged in March about poor treatment of workers, including lack of bathroom breaks, the company mounted a social media pushback, famously asking a lawmaker, “You don’t really believe the peeing in bottles thing, do you?”

After several drivers countered that they had to relieve themselves in the back of the vans, Amazon backtracked and apologized, claiming the tweet “did not contemplate our large driver population.”

The company also conducted a survey asking its drivers if they were “able to find restrooms” on their delivery routes, but respondents said it did not address the main problem of whether they had enough time to do so.

In an email to Bloomberg, Amazon spokesperson Rena Lunak said that “the suggestion Amazon is seeking to avoid responsibility for delivery drivers is wrong.”