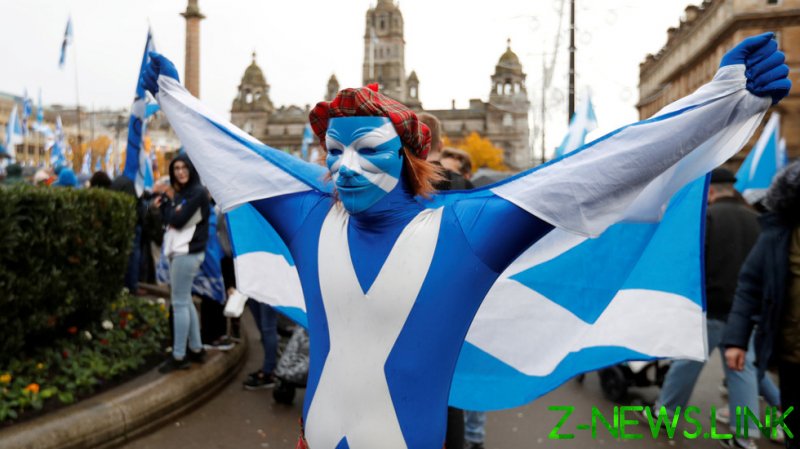 A Mail on Sunday poll found that 44 percent of Scots would vote against independence from the UK, while 43 percent would vote to separate. When undecided voters are excluded, the split is 50-50 on the independence question.

Though, in a landmark 2014 referendum, independence was rejected by 55 to 45 percent, support for separation has hovered at around 55 percent in recent months, and 22 consecutive polls leading up to Sunday’s have given the pro-independence side the lead. While the result is the lowest showing for the independence side in nine months, a January poll showed its lead had slipped from eight points in October to just two.

Despite the decline, the latest result was interpreted as a sign of a lack of public confidence in the Scottish National Party (SNP). Former SNP leader Alex Salmond appeared before parliament on Saturday, alleging that current First Minister Nicola Sturgeon, his former protégé, pushed police to investigate sexual misconduct charges against him, and engaged in “the construction of evidence.”

Salmond was cleared of all charges last year, and, as he launched a judicial review case into the allegations against him, told the Scottish Parliament he believed Sturgeon had broken the ministerial code in a bid to oust him from the party.

With the parliamentary inquiry ongoing, and Sturgeon due to give her version of events next week, 33 percent of those polled by the Mail on Sunday said they believed Salmond to be the victim of an SNP plot, while 50 percent said that Sturgeon should resign if the inquiry finds she broke the ministerial code.

Regardless of polling figures, British Prime Minister Boris Johnson’s government has long sought to throw cold water on a rerun of the 2014 referendum. Johnson described the referendum as a “a once-in-a-generation event,” and said last month that attempts to hold it again amounted to “pointless constitutional wrangling.”