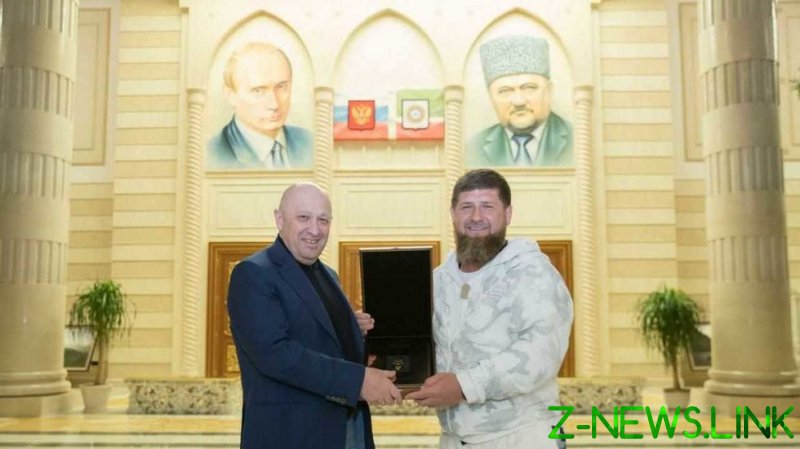 According to the FBI website, the large reward will be given for “information leading to [his] arrest.” He was charged on February 16, 2018 with conspiracy to defraud the United States.

The US government claims Prigozhin interfered in the 2016 elections, while Russian-language outlet the Insider, Germany’s Der Spiegel, and the US and UK-state funded Bellingcat have accused him of running “political interference and military operations” which are “tightly integrated with Russia’s Defense Ministry.”

“Friends, I will soon become richer by a quarter of a million dollars! It is impossible to imagine easier money from the American government,” Kadyrov wrote on Telegram. “Today, I learned that the FBI is ready to pay as much as $250,000 for information about the whereabouts of St. Petersburg businessman Yevgeny Prigozhin!”

The message was accompanied by a photo of the Chechen president, who is currently in Grozny, the Republic’s capital and seat of government, around 1500km south of Moscow.

“With a sense of fulfilled civic duty, I am ready to receive the well-deserved award without a twinge of conscience, but with one condition – I will take only cash,” Kadyrov jokes. “You see, my foreign accounts with millions of dollars were blocked due to EU and US sanctions.”

The Chechen leader wasn’t the first to joke about the reward, with Prigozhin’s own catering company Concord joking that he can be found in St. Petersburg, on Lieutenant Schmidt street. This is the official address of the business.

Kadyrov has been sanctioned since 2017 on charges of alleged human rights violations and illegal persecution. Like Kadyrov, Prigozhin is already under restrictions by the US. In 2016, he was accused of building Russian military bases, which the army allegedly used to deploy soldiers into Ukraine.

Prigozhin is known by Western media as ‘Putin’s chef’, having won a significant number of government catering contracts. As well as battling Washington, the businessman is also involved in several other legal battles. In November, he started a case against three Russian journalists who made apparently unfounded claims about his alleged criminal background.

He is also entangled in a conflict with opposition figure Alexey Navalny, who accused catering business Moskovsky Shkolnik of causing an outbreak of dysentery. Following the court-awarded penalty of 88 million rubles ($1.1 million), Prigozhin bought the debt, and now Navalny and his team owe him the money.