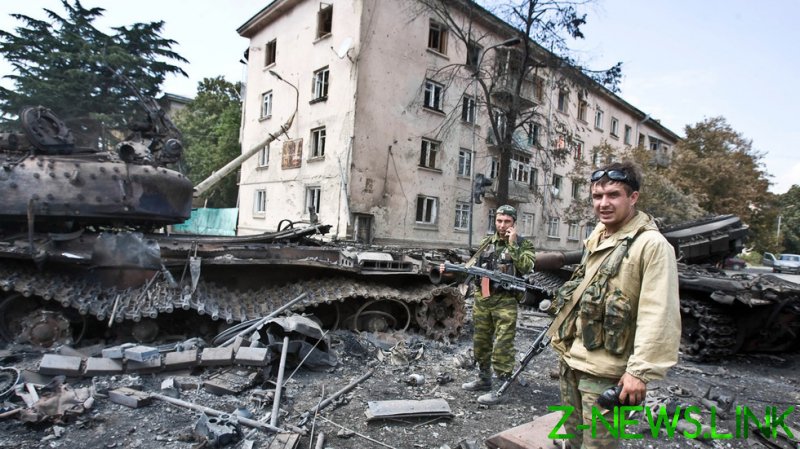 On the night of August 7, 2008, Georgian forces started shelling the breakaway region of South Ossetia, where Russian peacekeepers were stationed. In response, the Russian military entered the area.

Meanwhile, another breakaway region of Abkhazia announced a mobilization, fearing a renewal of fighting with Georgia. After five days, then-President Dmitry Medvedev announced that the operation had been completed.

In the years since, Georgia has accused Russia of various human rights breaches during the fight. On Thursday, the ECHR ruled that the case is outside its jurisdiction, and rejected Tbilisi’s claims that Russian troops entered the region before the Georgian military attacked Tskhinvali, the capital of South Ossetia.

“The ECHR did not find a single case of violation of civilian rights by Russian servicemen during the events of August 2008,” said Mikhail Galperin, Russia’s representative at the Court.

However, a statement from the Russian Ministry of Justice also revealed that Moscow does not agree with all the ECHR’s conclusions, including the decision that Russia is responsible for events in the region after August 12, when the war concluded. According to the ministry, blame has been attached to Russia despite no evidence of its servicemen’s direct involvement.

According to the ECHR judgment, after the war had concluded, there were serious abuses, including the killing of civilians and the torching and looting of houses. The Court recognized these acts as “inhuman and degrading treatment.”

“Though some witness statements indicated that at times Russian troops had intervened to stop abuses being committed against civilians, in many cases Russian troops had been passively present during scenes of looting,” the judgment said. “This could be deemed to be ‘official tolerance’ by the Russian authorities.”

“Even though the direct involvement of the Russian forces had not been clearly demonstrated, the fact that the Georgian civilians fell within the jurisdiction of the Russian Federation meant that the latter had also been responsible for the actions of the South Ossetian authorities,” it concluded.

The Court was also of the opinion that Moscow is responsible for the poor treatment of prisoners of war detained in South Ossetia, ruling that it falls “within the jurisdiction of the Russian Federation.”

Russia was also blamed by the ECHR for refusing to allow the return of many ethnic Georgians to their homes. While the Court notes that the decision was made by the South Ossetian and Abkhazian authorities, it states that Russia had “effective control” over the regions.

Last year, Medvedev revealed that he has no regrets about getting involved in the war, asserting that the region would have turned into a “powder keg” without Moscow’s intervention.

“I made a difficult, but the only possible decision – to stand in defense of Abkhazia and South Ossetia,” he wrote.