Home / WORLD / After day of drama, Russian ambassador to US summoned back to Moscow for consultations on future relations with Washington

After day of drama, Russian ambassador to US summoned back to Moscow for consultations on future relations with Washington 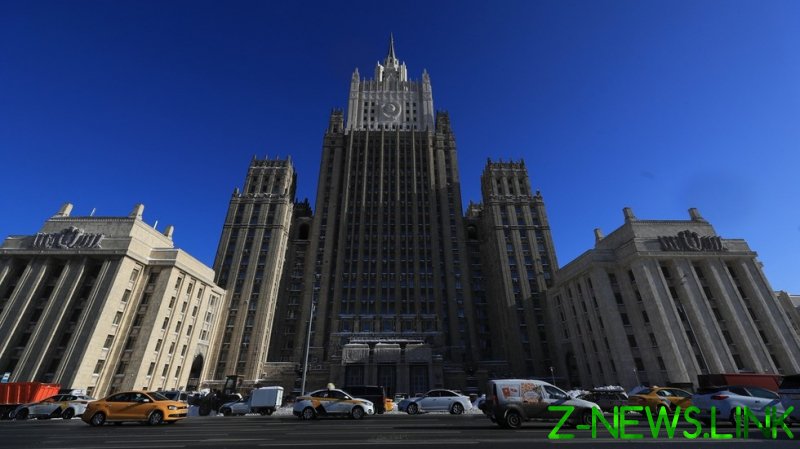 In a statement announcing the envoy’s recall on Wednesday night, Russian Foreign Ministry spokeswoman Maria Zakharova said the ambassador was needed in Moscow for “consultations to analyze what to do and where to head in the context of the relations with the US.” Representatives of the Foreign Ministry and other relevant agencies will participate in the discussions with Antonov about US relations going forward, she added.

With the Biden team in power for almost two months, it was a good time to analyze “where it succeeds and where it fails,” she added.

Moscow is “interested in avoiding the irreversible degradation” of its ties with Washington, Zakharova said, expressing the hope that Biden’s officials also understood the risks of such a scenario.

The news of the ambassador’s recall came hours after the US Department of Commerce on Wednesday announced the expansion of Washington’s sanctions on exports to Russia. The fresh restrictions were imposed over Moscow’s alleged involvement in the poisoning of opposition figure Alexey Navalny – an allegation that Kremlin officials have repeatedly denied.

Deputy Foreign Minister Sergey Ryabkov said Moscow was “calm” about the new sanctions, as such measures had already been taken many times before. However, he pointed out that such moves by Washington reduced the chances of a “normalization of relations” between the parties.

Also on Wednesday, ABC News published an interview with Joe Biden conducted a day earlier, in which the US president agreed when asked if he considered his Russian counterpart, Vladimir Putin, to be “a killer.” Biden also promised that Moscow would “pay” for its alleged meddling in last year’s US presidential election.

Earlier this week, a declassified joint report by US spy agencies claimed Putin had authorized operations to influence the 2020 vote with the aim of “denigrating President Biden’s candidacy and the Democratic Party, supporting former President Trump, undermining public confidence in the electoral process, and exacerbating sociopolitical divisions in the US.”

Kremlin Press Secretary Dmitry Peskov described the report as “incorrect,” and asserted that Moscow had nothing to do with the US election and had never tried to undermine any of the candidates.