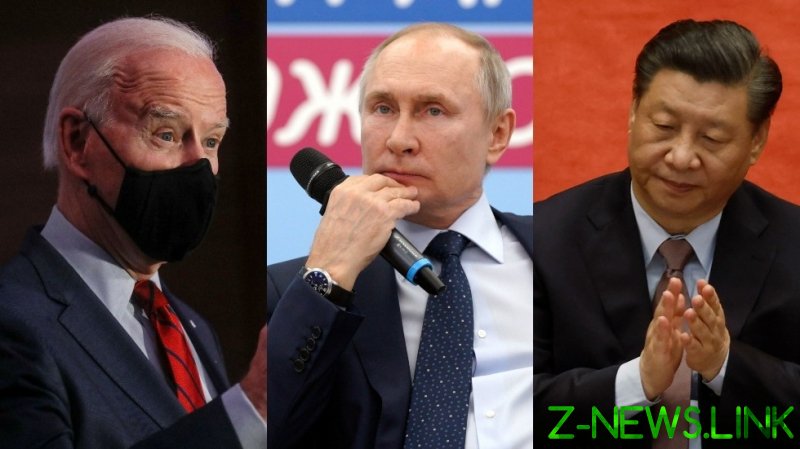 Putin and Xi were among the 40 leaders invited to the event, anonymous administration officials told reporters on Friday. Others on the list include some of the world’s “top climate-change sufferers, do-gooders and backsliders,” AP reported.

The presumably virtual summit is scheduled to start on April 22, also known as Earth Day. It was rumored two months ago, within days of Biden taking office and announcing the US would be rejoining the Paris Agreement his predecessor Donald Trump had repudiated.

Biden hasn’t personally talked to Putin and Xi about the summit but “they know they’re invited,” one member of the White House press corps tweeted on Friday.

The Democrat has made climate change one of his priorities in both domestic and foreign policy, blocking pipeline projects and fracking with executive orders in his first week in the White House. He also appointed John Kerry, former secretary of state and one of the architects of the Paris agreement, as his special envoy for climate change, with a seat on the National Security Council.

Having Biden’s first major interaction with the Russian and Chinese leaders be at a climate summit is somewhat awkward, however, considering his recent comments about both. During his first press conference on Thursday, Biden called Xi a “smart guy” who “doesn’t have a democratic bone in his body,” before going off on a tangent about the future being a struggle between autocracies and democracies.

China has already accused the US of being “the world’s largest polluter in history and the current largest polluter,” in the words of Foreign Ministry spokesman Zhao Lijian from January.

Beijing has also said that China expects the US to “make up for the four-year gap” and “submit a strong nationally determined contribution and long-term low greenhouse gas emission development strategy under the Paris Agreement as soon as possible.”

Meanwhile, Russia has recalled its ambassador in Washington for consultations last week, after Biden called Putin a soulless killer in a TV interview. The Russian president responded by wishing his US counterpart good health and inviting him to a live on-air conversation, which the White House declined saying Biden was “too busy.”

The new US administration says it wants to achieve a zero-emissions energy grid by 2035 – without nuclear power – and net carbon-neutrality by 2050, but Biden has insisted this plan is not the ‘Green New Deal’ proposed by some progressive firebrands prior to the 2020 election.