Home / WORLD / After backlash over ‘outside review’ of sexual-harassment claims, Cuomo asks AG & chief judge to pick counsel to investigate 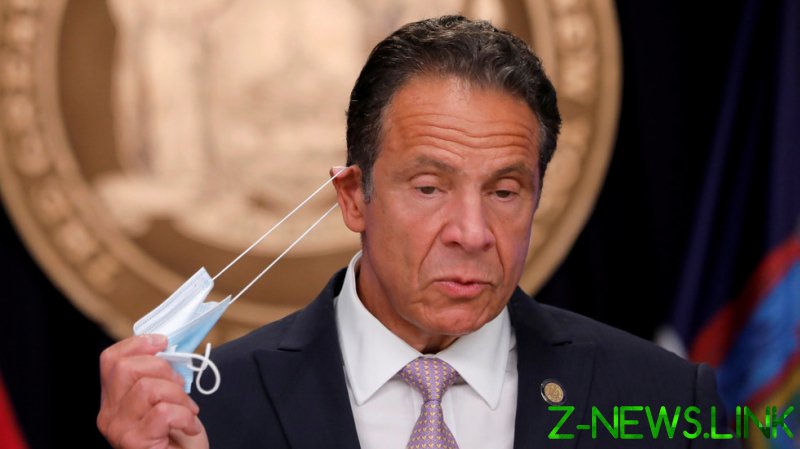 The governor’s office wants the review of allegations by two former staffers to be “beyond reproach,” Beth Garvey, special counsel and senior adviser to Cuomo, said on Sunday in a statement. She added that the governor’s office had chosen former federal judge Barbara Jones to oversee the probe, citing her “stellar” qualifications and her integrity, “but we want to avoid even the perception of a lack of independence or inference of politics.”

Cuomo’s office therefore has called on New York’s attorney general and its chief appellate court judge to jointly choose an independent counsel to “conduct a thorough review of the matter and issue a public report,” Garvey said. The counsel, who will be a lawyer in private practice who has no political affiliation, will have full control over the investigation and report, she said.

Garvey reiterated that all state employees will fully cooperate with the review, just as Cuomo said in a statement on Saturday, after a second woman came forward to allege that she’d been sexually harassed by the governor. In his initial statement, Cuomo denied that he’d made advances toward his latest accuser, 25-year-old Charlotte Bennett, and called for an “outside review” of her allegations.

But the governor’s call for an investigation was met with skepticism, as observers suggested that the investigator appointed by Cuomo wouldn’t be impartial. US Representative Alexandria Ocasio-Cortez (D-New York) said earlier Sunday that “there must be an independent investigation” by the attorney general’s office.