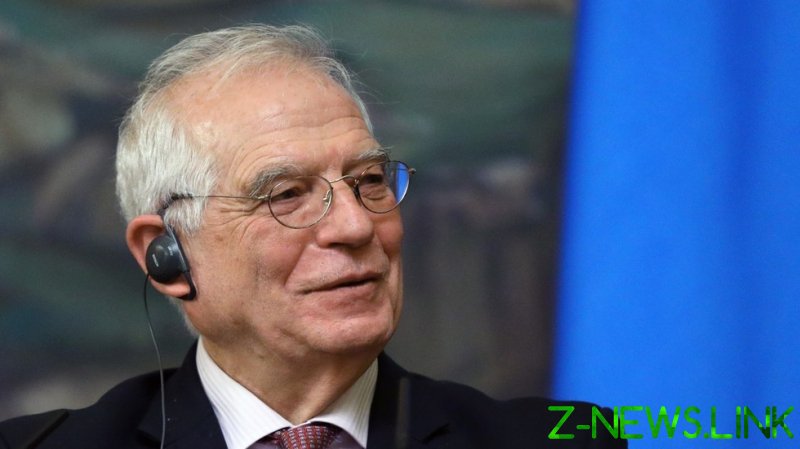 Writing in a blog post on Sunday, Brussels’ high representative for foreign affairs and security policy said that his trip last week had been an opportunity “to test, through principled diplomacy, whether the Russian government was interested in addressing differences and reversing the negative trend in our relations.”

“The reaction I received points visibly in a different direction,” he said. “So, as [the] EU we will have to reflect on the broader implications and chart a way forward. We are at a crossroads.” He added that the trip had been “very complicated” and accused Russian authorities of putting on “an aggressively-staged press conference.”

The comments jar with the tone of his visit. On Friday, he gave a glowing review of Russia’s role in fighting the Covid-19 pandemic as part of a charm offensive. Discussing the Moscow-made Sputnik V coronavirus vaccine at a press conference, he said that he wanted to “congratulate Russia on the success of this venture. This is useful for all mankind, it means that we will have more tools to fight the pandemic.”

The former Spanish foreign minister also played down the prospect of economic and political conflict between the country and Brussels over the case of imprisoned opposition figure Alexey Navalny. “As for sanctions,” he said, “at the moment, not a single EU member state has submitted a proposal.” However, he noted that discussions would continue and could be addressed at a meeting in March.

A number of Western commentators rushed to brand the trip a failure, claiming it handed Russia a propaganda victory at a time when the EU has serious policy differences with the country. Some even called for him to be fired from the role. However, for Moscow, it was a sign that relations might be on course to improve after months of escalating hostility that saw the bloc place sanctions on those it deemed to be close to the Kremlin. Borrell’s counterpart, Foreign Minister Sergey Lavrov, used the event to declare that a “lack of normality” in relations between Russia and the union “does not benefit anyone.”

Now, however, officials have been forced to deny that they tried to distort Borrell’s message in Moscow. In a statement on Monday, the Foreign Ministry insisted that there were no limits on the diplomat’s time in front of the media, or on what he could have told journalists. His sudden about turn, they say, “only confirms how and by whom the EU policy is actually formed.”

Some of the warmth of the visit was undoubtedly dampened on Friday when Russia moved to expel three representatives from EU nations over allegations they participated in pro-Navalny protests. The diplomats, from Germany, Poland, and Sweden, were “ordered to leave the territory of the Russian Federation as soon as possible” after they were sighted at demonstrations calling for the release of the anti-corruption campaigner.