Home / WORLD / After a Puerto Rican couple is brutally shot in Chicago by black gang, Democrat activist claims they had it coming

After a Puerto Rican couple is brutally shot in Chicago by black gang, Democrat activist claims they had it coming 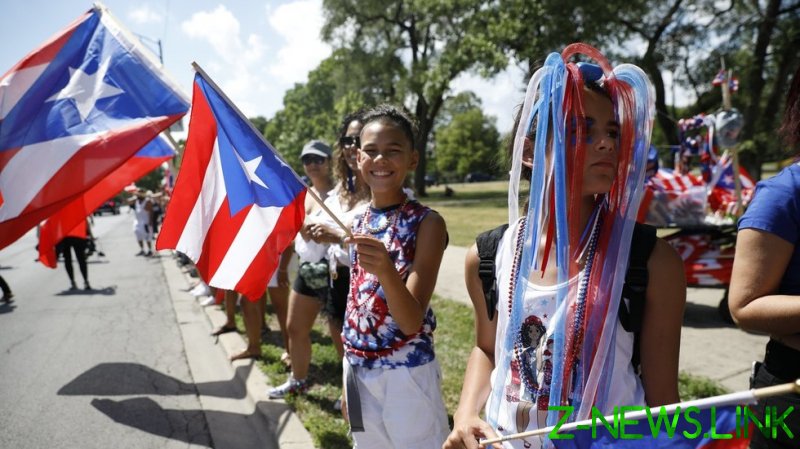 Harrowing footage of a man and a woman being dragged out of their SUV by several African Americans, shot multiple times, and left to die on the street began circulating on social media on Sunday. The recording purported to show an incident on Saturday evening in the Humboldt Park neighborhood.

Police said a 24-year-old man was pronounced dead at the hospital, and a 25-year-old woman survived but was in critical condition, according to WMAQ-TV. They were “attacked by two to three offenders who produced guns and began shooting at them.”

The Chicago Sun-Times identified the couple as Gyovanny Arzuaga and Yasmin Perez, the mother of their two children. Arzuaga’s brother told local media that six black men got out of a parked car and flashed gang signs before dragging the couple out and opening fire.

Conservative columnist Ann Coulter shared the video and commented that it will be ignored by national media, since African Americans gunning down Puerto Ricans in Chicago simply doesn’t fit the Democrat narrative about racism in the US. A Democrat activist named Richard Taite snapped back that the couple had it coming.

“I’m sorry is that a confederate flag they’re flying from their car? Trolling that neighborhood? Yeah I don’t give a s**t,” Taite tweeted at Coulter. When corrected – the flag on the car was Puerto Rican – he backtracked and called the shooting a “horrible incident,” but refused to apologize.

“Had these people been white supremacists trolling a neighborhood primarily of color, I would have been agnostic,” insisted Taite, founder of the Democracy Preservation Initiative (DPI), a political action committee (PAC) fundraising for President Joe Biden.

The reason Arzuaga and Perez had a flag on their car was the annual Puerto Rican Day parade earlier. “There was no shortage of excitement, enthusiasm and pride in Humboldt Park Saturday. You couldn’t turn down any neighborhood street without seeing the Puerto Rican flag,” is how WLS, the local ABC affiliate, described it.

Mayor Lori Lightfoot marched in the parade herself. After not commenting on the shooting the entire weekend, on Monday Lightfoot condemned it as “horrific” and insisted the perpetrators would be brought to justice. Chicago PD has “promising leads” from the community and have identified the shooter, who should be in custody “relatively soon,” she said.

“I don’t believe they are typical by any stretch of young black men in our city. But it’s horrific nonetheless,” Lightfoot said, urging the perpetrators to turn themselves in as police will do everything to “make sure that these people who created such brazen chaos and harm are held in custody ’til they see their day in court.”

Meanwhile, Taite’s Twitter account showed up as deleted, presumably due to the backlash. His PAC, a California-based outfit, describes itself as “a team of impassioned citizens who feel democracy and liberty are at the core of our values” and wanting to “leave our children and their children a more inclusive and compassionate America.”

The DPI also boasted of receiving an award for “best new and unusual tactic” in “leveraging values” to identify and target voters in the 2020 election.