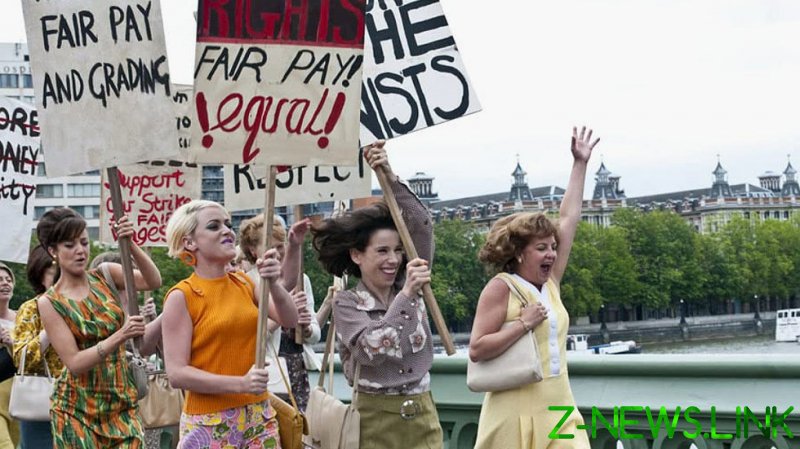 The British Labour Party, having lost four elections in 11 years, appears to be in a period of deep self-reflection and, in my opinion, it’s long overdue. It needs to reassess its priorities, and what and who it stands for; in short, why it exists.

Its problems are set out cleverly in a new book written by Jon Cruddas, the deep-thinking socialist MP who’s been described as the ‘torchbearer of Labour’s intellectual history’. The book is called The Dignity of Labour, and I have just finished reading it. In it, he outlines in depth the ideology and the theories that are dominating the wider labour movement and the party itself.

The book focuses on the historical relationship of organised labour to work and capitalism – Cruddas, or perhaps one of his aides, has done an excellent job of piecing together Labour history, the key thinkers and policy makers of the last 100 hundred years, and setting out the importance of work to both the class struggle and the formation of the Labour Party.

I don’t say ‘one of his aides’ to be unkind or as a back handed swipe – I am simply noting that a book with this level of detail, akin to a PhD thesis, takes a heck of a lot of work. Seemingly written since the start of the pandemic last year, it is an impressive and voluminous piece of work. As an author and academic who finds writing a book while doing the day job extremely challenging, I am more than a little in awe of someone who has the time, brain space and the resources to produce such an authoritative tome.

The book uses two films, Made in Dagenham and Fish Tank, both filmed on the same council estate in Cruddas’s constituency in Dagenham, east London, to illustrate what’s happened to Labour. The first movie is a nostalgic celebration of old Labour values, depicting a famous strike for equal pay by seamstresses at a local Ford car factory in 1968. The second follows a rebellious 15-year-old girl seeking to navigate a 21st-century world in which stable work has vanished, social ties have frayed and relationships are dysfunctional.

Fish Tank captures a painful truth about post-industrial Britain: Once proud, working-class communities have lost their way, while the idea of full-time work is a fantasy. “In one film, you have pride through socialised housing, generational advancement and material progress,” Cruddas said, “In the other, you have isolation and loneliness, mental decay and nihilism.”

Ironically, both were released in or around 2010, the year that the Labour Party relinquished 13 years of government – and has since gone on to lose a further three elections, with Boris Johnson’s Conservatives now enjoying a majority of 80 after picking up a slew of formerly Labour-held ‘Red Wall’ seats in last year’s election.

The stark contrasts of the two films, and their differing visions of British life, are used well by Cruddas to make his political points – although the narrative arc of abundance and loss is predictable and romantic, even prurient in places. It’s a pity that the testimonies and experiences of real working-class people are completely absent – but they always are when politicians, commentators and even academics write about the ‘big politics’ of class, perhaps not realising these politics start in families, households and communities.

Instead of working-class voices and connection to lives lived, there is a fair amount of Marxist theory in the book – and Cruddas makes the argument well about how the economic theories and critiques from Karl Marx catapulted the movement that organised working class labour, with clear theory and ideology pushing at its back.

The MP brings the reading of Marx and Marxist theory up to date with critiques of what Cruddas calls today’s ‘networked left’ or the ‘networked radicals’, drawing on a book written by the political commentator Paul Mason called Post-Capitalism, and on the utopianism of others on the left advocating ‘Automated Luxury Communism’. This belief has it that as technology moves on, and work becomes even more scarce as people are replaced by apps and machines, capitalism will diminish and become irrelevant. We will live in a post-capitalist world where time and resources will be abundant and distributed fairly.

This is an interesting argument and a debate which I have followed closely over the last few years. As Cruddas argues, what is missing in it is the importance of meaningful work to people; work that offers a real living wage, dignity, purpose and a sense of making a contribution – this sits alongside other social goods such as housing, education, leisure time, community and sociability.

Cruddas connects these ‘networked radicals’ who have grown out of the last 10 years of the Labour wilderness to the ‘New Labour’ that emerged under Tony Blair’s leadership of the party in the 1990s, and his three election victories. Blairism was an ideology that focused on redistribution of resources through espousing individualised, middle class cultural lifestyle goals connected to higher education, healthy bodies, and liberal political themes.

These ‘champagne socialists’ as some dubbed them (though I just prefer just calling them Tories, as that’s what they really were, with their privately-schooled children, riches acquired through shady deals, and their backing of US-led wars based on ‘dodgy dossiers’) eventually departed the scene, and the new, metropolitan bourgeoisie left that now dominates party membership finally turned to an old fashioned socialist, Jeremy Corbyn, as party leader.

And how all the middle-class graduates and professionals loved ‘Jezza’ and adored ‘Corbynism’ – but failed to see how it ultimately missed the point and alienated working class people all over the country by dismissing legitimate concerns over such matters as immigration and Europe. These elite Labourites also don’t understand the importance of the labour movement and working-class history, and patronise and look down on the working class, and misunderstand their sense of belonging and identity to work.

I have made this argument myself many times over the last 10 years, and the way Blair’s New Labour project led to the destruction of working-class politics within the Labour Party and heralded a decade where working class people have had little or no representation, or even hope of representation in any part of public life. Politics, the media, education, and all of the cultural industries have been completely dominated by the middle class and the liberal ideology of the individual achieving things on merit; all the while denying the evidence of the unfair advantages they enjoy, and the unfair disadvantages meted out to the working class.

Although Cruddas clearly sets out the reasons why Labour needs to reconnect with its working-class roots, I understand why he does not make this argument quite as clearly and forcefully as I have. His book, after all, is an attempt to reflect and revive a political party, ultimately to win votes and win back seats lost in working-class communities and perhaps even a last ditch attempt of saving a few council seats in the local elections next month.

However, from the tone that is coming out of the bulk of the Labour Party and the luxury left, Cruddas may have an uphill task. Those now in control under Keir Starmer’s leadership are still holding on to the hope that victory will somehow come from the young, middle class, ABC1 liberal professionals who thought they were part of a revolution when they got involved in student protests at university, then joined the Labour Party and went door knocking for Jeremy Corbyn.

This theory goes that if this group can bring along with them working-class white, black and Asian communities living in poor city areas, Labour can win enough seats to regain power, perhaps not even needing the lost Red Wall voters to come back to the fold. But there is no evidence of this being possible – our metropolitan areas are becoming increasingly hostile places to working-class people, through the iron fists of authoritarian, mostly Labour-run administrations, who prefer to side with rich developers and capitalists and ignore and demonise those they find distasteful. It’s infantile and ultimately suicidal politics.

If you belittle and ignore your base, and act arrogantly, you wake up one day to find it’s gone. Look at what’s happened to Labour in Scotland and now the north of England.

Cruddas ends his book with a stark warning about the future. His vision is not one where the world’s technological advances have created a world filled with humans enjoying leisurely lives and generous universal incomes from the state as robot-slaves do all the work for us, but a more dystopian one. One where the political system, and the lack of democracy that has been eroded by advanced super-capitalists with enormous power, is not moving towards utopian luxury communism but drifting to the right, to populist policies put forward by authoritarian politicians, and towards greater divides between very rich haves and increasingly destitute have-nots. My take? Liberty, freedom and fairness cannot be fought for and achieved if class politics has been sucked out of it and airbrushed from history.