Home / WORLD / After 20 years & billions of dollars, the American defeat in Afghanistan is worse than the Soviet failure…how has this happened?

After 20 years & billions of dollars, the American defeat in Afghanistan is worse than the Soviet failure…how has this happened? 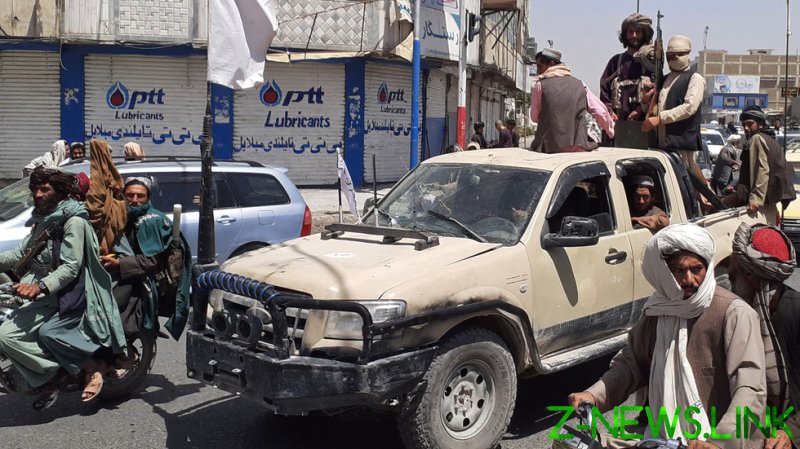 In December 1979, Soviet forces invaded Afghanistan to support the unpopular government of the ruling People’s Democratic Party of Afghanistan (PDPA). They soon found themselves bogged down in a bloody war against the mujahideen guerillas.

Nine years later, the Soviets decided that there had been enough bloodshed and, in May 1988, they began their exit. The final contingent of Soviet troops drove back across the bridge to the USSR in February the following year.

Twelve years later, US troops arrived to fight the Taliban. Soldiers of other NATO states then followed. Together, they stayed even longer than the Soviets, but are now on the way out. US President Joe Biden has promised that American soldiers will leave Afghanistan by the end of August.

As the US completes its retreat from its longest war, its enemy is on the march. In the past week, the Taliban have captured 12 of Afghanistan’s 34 provincial capitals, including the second and third largest cities in the country, Kandahar and Herat, both of which fell on Thursday.

The pace of the Taliban advance has been remarkable. In some places, government forces simply ran away without a fight. The governor of Ghazni province was said to have surrendered his city in exchange for free passage out of the area. US-trained government troops have fled or deserted en masse and, in some cases, gone over to the Taliban. It’s fair to say that it’s been a rout, and the Americans haven’t even fully left yet. The government may be able to hold onto the country’s capital Kabul, but even that is no longer certain.

In short, the 20 years of America’s and NATO’s war in Afghanistan has ended in ignominious failure – total and absolute. So, of course, did the Soviets’ war, but not quite so abruptly.

After the last Soviet troops crossed over the Friendship Bridge linking Afghanistan and Soviet Uzbekistan, the mujahideen launched a major offensive, confident that they would be able to defeat the government forces in short order. Their offensive collapsed completely. The Afghan army stood its ground and not a single major population center fell into the hands of their opponents. It was not until two years later, when the post-Soviet Russian government of Boris Yeltsin cut off funding to the Afghans that the PDPA regime finally fell.

But, to be fair, the problem lies not in army exercises or crates of machine guns. The current batch of Afghans have had plenty of both. They outnumber the Taliban and are better supplied. The problem is one of morale: simply put, not many of them are willing to die for their government.

The PDPA had a well-deserved reputation for corruption, incompetence, factional in-fighting, and dogmatic, counterproductive policies that alienated the Afghan people, such as its Marxist assaults on religion and private enterprise. Meanwhile, the PDPA’s opponents, the mujahideen, the Taliban’s precursor, enjoyed substantial support from the United States, including signing for the delivery of sophisticated Stinger missiles.

The fact that the Soviet-backed government put up a better fight than its contemporary counterpart can, therefore, only have one explanation: Afghans respect their current rulers even less than they respected the socialist PDPA. And that is really saying something.

All of which begs the questions of why America and NATO spent so long supporting the regime in Kabul, and why the latter got to be so disliked.

The answer to the first question is largely one of prestige. Having installed the current government, Western states felt that their reputation was tied to its survival and thus refused to abandon it even when it became clear that it wasn’t worth supporting.

The answer to the second question is that the awfulness of the current government owes a lot to the policies pursued by Western states.

After Najibullah was overthrown in 1992, Afghanistan suffered a vicious civil war in which drug-running warlords competed for power and inflicted all sorts of atrocities on the Afghan people. When the Taliban came along offering fierce but incorruptible justice, many Afghans breathed a sigh of relief and gave them their support.

Canadian general Rick Hiller famously said that the Taliban were “detestable murderers and scumbags.” What he failed to note was that the Taliban’s enemies were, on occasion, even worse. When America and its allies moved into Afghanistan, these enemies returned to their homes, this time with the backing of Western powers, and resumed their criminal ways. Unsurprisingly, the locals weren’t too impressed.

Beyond that, Western powers flooded the country with money. Pour cash into an impoverished country without adequate controls, and the consequence will be mass corruption. So it was in Afghanistan.

Not only did this delegitimize the government, but much of the aid flowed down into the hands of the Taliban. As John Sopko, the US official responsible for auditing American expenditures in Afghanistan, put it, “the end of the US supply chain in Afghanistan is the Taliban.” If you want to know who armed and paid for the Taliban, the answer is that America did.

The Soviets believed ideology and manpower would turn the tide of the war. The West imagined that it could win in Afghanistan by pouring in money and resources. But, as Napoleon noted, “the moral is to the physical as three to one.” Events this week in Afghanistan prove the point.