Home / WORLD / After 19 years of beatings & losing an eye, America’s innocent ‘forever prisoner’ may be about to spill the secrets of CIA torture

After 19 years of beatings & losing an eye, America’s innocent ‘forever prisoner’ may be about to spill the secrets of CIA torture 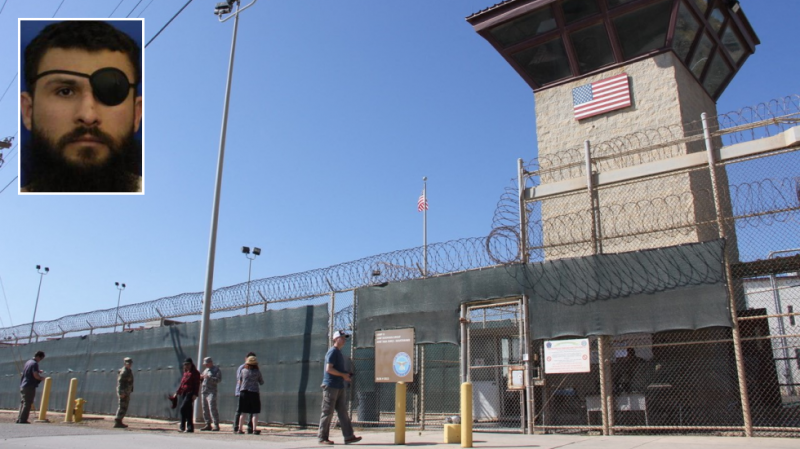 In a landmark move, the Biden administration has advised the US Supreme Court that Abu Zubaydah, a Palestinian man who has been in US custody for nearly 20 years, can provide limited testimony for use in a Polish criminal investigation into his torture at a CIA “black site” in that country.

Acting Solicitor General Brian Fletcher has stated that Zubaydah’s testimony will be subject to US national security review, and while he would be permitted to describe his treatment while in CIA custody, “information that could prejudice the security interests” of Washington could be redacted.

Nonetheless, even such truncated scope for disclosure is a seismic development, for Zubaydah has been held incommunicado since his March 2002 capture in Pakistan. Indeed, his CIA torturers specifically sought “reasonable assurances that [Zubaydah] will remain in isolation and incommunicado for the remainder of his life,” in order that their criminal maltreatment remained secret, and they were insulated from prosecution. Such assurances were eagerly granted by Washington.

“There is a fairly unanimous sentiment within [headquarters] that [Zubaydah] will never be placed in a situation where [he] has any significant contact with others and/or has the opportunity to be released,” a classified memo declared. “While it is difficult to discuss specifics at this point, all major players are in concurrence that [Zubaydah] should remain incommunicado for the remainder of his life.”

So it was that Zubaydah was moved around an assortment of CIA black sites for four years, and was viciously tortured every step of the way. Among other gruesome acts, he was repeatedly waterboarded, locked in a tiny coffin-like box for hundreds of hours, hung from hooks, denied sleep, and forced to remain in ‘stress positions’ for extended periods – resulting in permanent brain damage and the loss of his left eye – in an attempt to extract information that he didn’t actually possess.

Zubaydah’s arrest was hailed as a major coup at the time, with US officials branding him a major Al-Qaeda financier, a key link between the group’s leader Osama bin Laden and its overseas operational cells, the manager of the camp in Afghanistan where the 9/11 hijackers were purportedly trained, a central figure in every major Al-Qaeda terrorist operation, and “engaged in ongoing terrorism planning against US interests.”

None of this was true. The basis for these lurid, false claims was a CIA psychological assessment of Zubaydah, which was primarily concerned with justifying his vicious abuse – it falsely stated, for example, that he had written Al-Qaeda’s manual on resisting interrogation, arguing that, due to his “incredibly strong resolve, expertise in civilian warfare [and] resistance to interrogation techniques,” torture was the only means by which information could be extracted from him.

Before this abuse commenced, Zubaydah was interviewed by FBI operative Ali Soufan. While he was recovering from life-threatening injuries incurred during his capture by Pakistani intelligence – he had been shot in the thigh, testicles, and stomach with an assault rifle – Soufan treated him well, building rapport and trust. This light-handed approach prompted Zubaydah to open up – he named Khalid Sheikh Mohammed as the “mastermind” of the 9/11 attacks, and described rumors of a “dirty bomb” plot being planned by a US citizen.

This information may not even have been accurate, however. The FBI’s top Al-Qaeda analyst, Dan Coleman, describes Zubaydah as a mere “safehouse keeper” with severe mental problems, who “claimed to know more about Al-Qaeda and its inner workings than he really did.” The torture he suffered no doubt played a pivotal role in prompting him to make such claims.Khalid Sheikh Mohammed was subsequently waterboarded 183 times, and admitted to all manner of grave crimes – including planning to blow up a building that didn’t even exist at the time of his capture.

In any event, Soufan was confident Zubaydah had no more secrets to tell, but the CIA claimed to be unconvinced – after all, Langley paid its Pakistani counterparts $10 million for him, and needed a greater return on that investment. When the torture finally stopped, with no further intelligence gathered, the agency was forced to conclude Soufan had been right all along.

As the Senate Select Committee report later found, the CIA still considered its tactics a success, to be “used as a template for future interrogation of high-value captives,” on the basis that such hideous treatment had “confirmed Zubaydah did not possess the intelligence” it erroneously assessed him to have.

That report is classified today, although Zabuydah’s name appears a total of 1,343 times in a publicly released executive summary and accompanying documents. It notes that the CIA frequently had trouble distinguishing “detainees who had information but were successfully resisting interrogation from those who did not actually have the information,” and at least 26 individuals had been wrongfully held by the agency.

This included an “intellectually challenged” man whose detention was used as leverage to force a family member to provide information, two former CIA sources, and two individuals whom the CIA had assessed to be connected to Al-Qaeda based solely on information fabricated by another detainee who’d been subjected to ‘enhanced interrogation’ techniques. Detainees often remained in custody at black sites for months after the agency determined there was no reason to keep them.

Other shocking excerpts reveal that a number of CIA personnel attached to the detention and interrogation program had on their personal files “notable derogatory information” that called into question “their eligibility for employment, their access to classified information, and their participation in CIA interrogation activities.” Among them were officers who, “among other issues, had engaged in inappropriate detainee interrogations, had workplace anger management issues, and had reportedly admitted to sexual assault.”

The agency seemed assured of its immunity from prosecution for its crimes, with several detainees having been informed they would never get out of CIA custody alive. One was told they’d be leaving only “in a coffin-shaped box,” while another was warned “we can never let the world know what I have done to you.” CIA officers also threatened several detainees with harm to their families should any details of their maltreatment be made public – this included telling one that their children’s lives would be at risk, a second that his mother would be sexually abused, and a third that his mother’s throat would be cut.

Since September 2006, Zubaydah has been held at Guantanamo Bay, despite the CIA having acknowledged that he wasn’t even a member of Al-Qaeda, let alone a significant figure within the group. The scars from his time in “black site” detention remain writ large today, with virtually perpetual headaches, an “excruciating sensitivity to sounds,” frequent seizures, and an inability to recall his own father’s name.

Still, the Supreme Court permitting him to make limited disclosures about his experiences is an encouraging sign that the invocation of “state secrecy privilege” to block disclosure of key evidence related to the CIA’s global post-9/11 torture program may no longer be a viable get-out for officials. This, in turn, raises the prospect that, at long last, someone might finally be held accountable for the gross human rights violations the agency and its assorted contractors inflicted on so many with such impunity for so long.