Afraid of ‘cancelation’? Mark Ruffalo begs forgiveness after suggesting Israel is carrying out ‘genocide’ against Palestinians 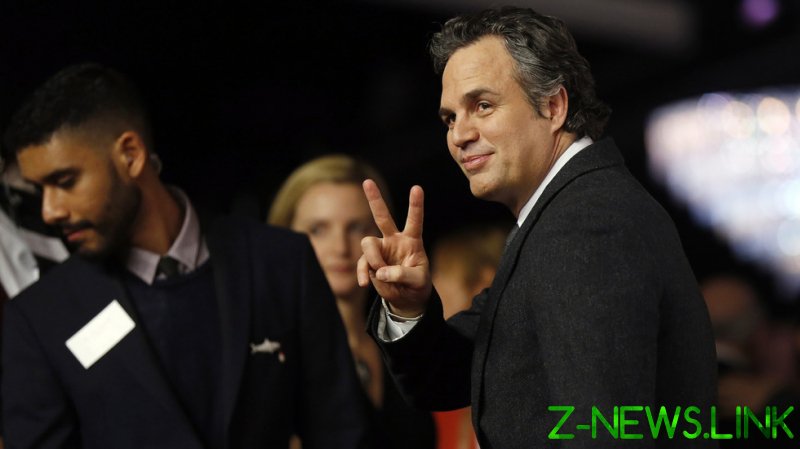 The Hollywood star has been among a gaggle of celebrities and prominent figures to weigh in on the uptick in violence between Israel and the Palestinians in recent weeks.

Earlier this month he called for economic restrictions on Tel Aviv, writing that “sanctions on South Africa helped free its black people – it’s time for sanctions on Israel to free Palestinians.” The message included a link to a petition that demands international sanctions on key Israeli industries “until Palestinians are granted full and equal civil rights.”

Cross-border rocket and missile attacks between Hamas-controlled Gaza and Israel erupted earlier in May, following days of violent protests over Israel’s plan to evict several Palestinian families from East Jerusalem to make room for Jewish settlers. There have been civilian casualties on both sides, but the Israeli military has been accused of carrying out a disproportionate response, killing numerous noncombatants, including children.

But in a tweet on Monday, Ruffalo sought to clarify his position on the conflict.

“I have reflected & wanted to apologize for posts during the recent Israel/Hamas fighting that suggested Israel is committing ‘genocide’,” he wrote. “It’s not accurate, it’s inflammatory, disrespectful & is being used to justify antisemitism here & abroad. Now is the time to avoid hyperbole.”

The message received applause from Israel advocates. Dov Hikind, a former NY state assemblyman and founder of Americans Against Antisemitism, said that Ruffalo’s apology was unexpected but welcome.

“It always takes a level of courage to admit one’s mistakes,” he wrote.

Pro-Israel group Stand With Us was similarly supportive. The organization’s executive director, Michael Dickson, said that it was important that the actor had “set the record straight,” arguing that “the ‘genocide’ lie is used to incite violent – sometimes deadly – antisemitism.”

Many others expressed disappointment in Ruffalo’s apparent U-turn, and accused the ‘Avengers’ star of caving into pressure to tailor his outspoken views on the issue.

One commenter said that the actor lacked a spine and was walking back his statements because he didn’t want to “upset polite society.”

Other observers said Ruffalo was now part of the “problem” by not standing by his denunciations of Israeli policy towards the Palestinians.

“It’s such a shame that you’ve chosen to conflate criticism of the state of Israel’s atrocities with anti-Semitism. It isn’t and should never be used to justify racism,” read one upset reply.

The American actor is far from the only celebrity to cause controversy on social media with his opinions on the Israel/Palestine conflict. Earlier this month, Swedish popstar Zara Larsson was accused of anti-Semitism after arguing that Israel was guilty of “apartheid” against the Palestinians. The controversial Instagram post was later removed.

In a similar case, supermodel Bella Hadid faced backlash after participating in a pro-Palestinian march in New York. Israel’s official Twitter account condemned the American model, whose father is Palestinian, accusing her of advocating for the “elimination of the Jewish State.”