Home / WORLD / Afghanistan on course for highest number of civilian casualties ever, UN warns 1 month before US withdrawal deadline

Afghanistan on course for highest number of civilian casualties ever, UN warns 1 month before US withdrawal deadline 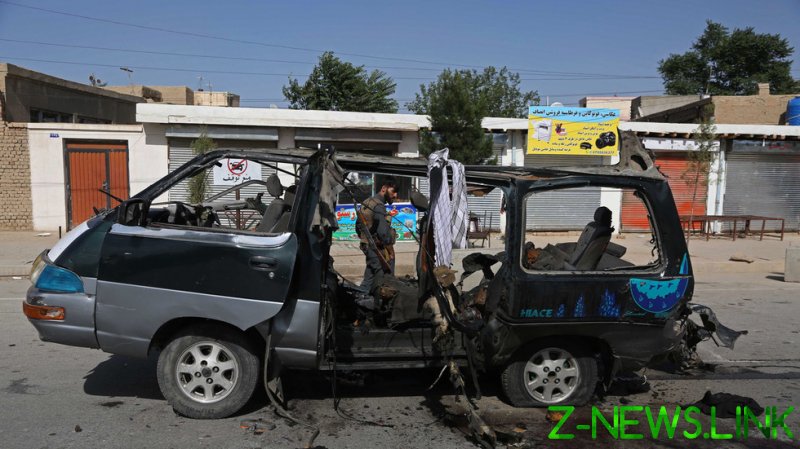 A total of 1,659 civilians were killed and 3,254 injured in the first half of 2021, which is a 47% increase from the same period in 2020, the UN Assistance Mission in Afghanistan (UNAMA) said in its mid-year report on Monday.

The actual numbers may be even higher, considering that the UNAMA only records casualties it is able to independently verify.

Out of those killed or maimed, 46% were women and children. The Taliban and other militants were responsible for 64% of civilian casualties, while 25% were attributed to pro-government forces and 11% to ‘crossfire’ between warring parties.

The UNAMA noted a particularly alarming trend – the civilian death toll has grown since May, when the US-led coalition forces began withdrawing. According to the report, 783 were killed and 1,609 injured in May and June, which was the highest number for those months since the UN mission began keeping records in 2009.

“Unprecedented numbers of Afghan civilians will perish and be maimed this year if the increasing violence is not stemmed,” Deborah Lyons, the UN secretary general’s envoy to Afghanistan, said.

US troops are set to leave Afghanistan by August 31, after two decades of occupation and amid growing fears that the Taliban, which has been gaining ground in recent years, will completely overrun the country.

Most US allies, including Germany and Italy, removed their last-remaining troops earlier this year, and UK Prime Minister Boris Johnson said in July that the majority of British soldiers have been withdrawn as well.

On Saturday, the Afghan government imposed a nighttime curfew in 31 regions in an effort to counter the continuing Taliban offensives. General Kenneth McKenzie, who leads the US Central Command, said on Sunday that the US has ramped up airstrikes against the militants and the Pentagon will continue to support the Afghan government after the August 31 withdrawal date.

The US invaded Afghanistan in 2001 shortly after the 9/11 terrorist attacks on the World Trade Center in New York and the Pentagon. The campaign ultimately failed to bring peace and stability to the country, and the war with the Taliban has dragged on for nearly two decades.