Home / WORLD / Afghanistan ambassador says she does not trust Biden, ‘laughs’ at idea of US as beacon of democracy & says admin won’t meet her

Afghanistan ambassador says she does not trust Biden, ‘laughs’ at idea of US as beacon of democracy & says admin won’t meet her 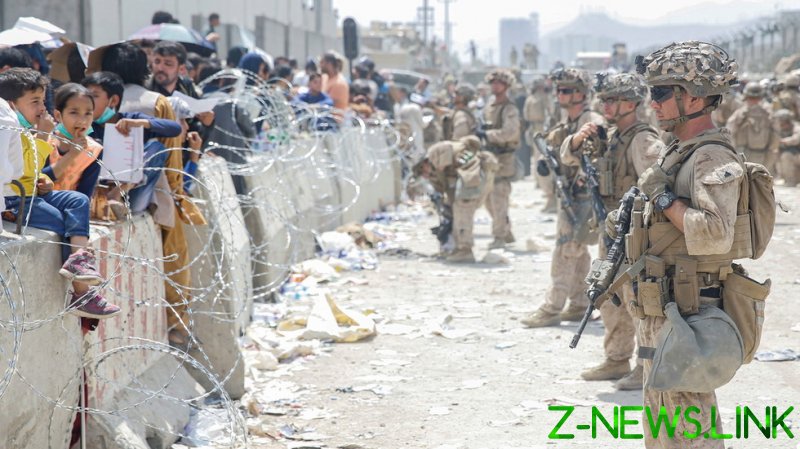 Raz made her comments during an appearance on ‘Axios on HBO’ on Sunday. She added that not only does she believe many in her country do not trust the US government and Biden’s administration, but she doesn’t, either.

Asked later whether the US is still the “leader of the free world,” as it is often referred to, Raz said it was a notion she would likely “question” and “laugh at,” though she did praise US citizens and military for their support of Afghanistan citizens, blasting US officials for not protecting their accomplishments.

Raz’s comments come about a month after the US officially completed its exit out of Afghanistan and almost the entire country fell to the Taliban in a matter of days. The swift loss of stronghold areas and a withdrawal that was rife with disorganization has been seen as a low point for Biden’s presidency.

Raz argued she was initially excited for Biden’s time in office and his support of a withdrawal from Afghanistan, something that had been negotiated by Donald Trump’s previous administration with the Taliban, though she said this had given the group “political legitimacy.” According to Raz, however, Biden’s rescheduling of the exit timeline gave an opportunity to place harsher restrictions on the Taliban, but she saw no such effort.

“You were engaged in building one in Afghanistan, and the people believed in it, they fought for it, but when the negotiations arrived with the Taliban that was not a priority to be negotiated,” she said.

Asked whether she believes Biden cared about the fate of young women who may suffer under oppressive rules, Raz simply said, “I don’t think so.”

“He said the US could not be the police of the world to protect women in any other country,” she added.

Despite Taliban rule, Raz still considers herself the country’s legitimate ambassador and said she has continued working with a small staff at Afghanistan’s embassy in Washington, but claims Biden’s administration has refused to even communicate with her.

“By meeting me formally, probably they will legitimize the position, and that probably will upset the Taliban,” she said, revealing Biden officials canceled multiple meetings with her during the month of September.

A statement from the State Department to Axios did not exactly clear up the administration’s position on Raz, referring to her as the “accredited representative of Afghanistan to the United States” but adding that “given the change of leadership in Kabul, our focus in Afghanistan is on whether any future government is one we and the international community can work with.”