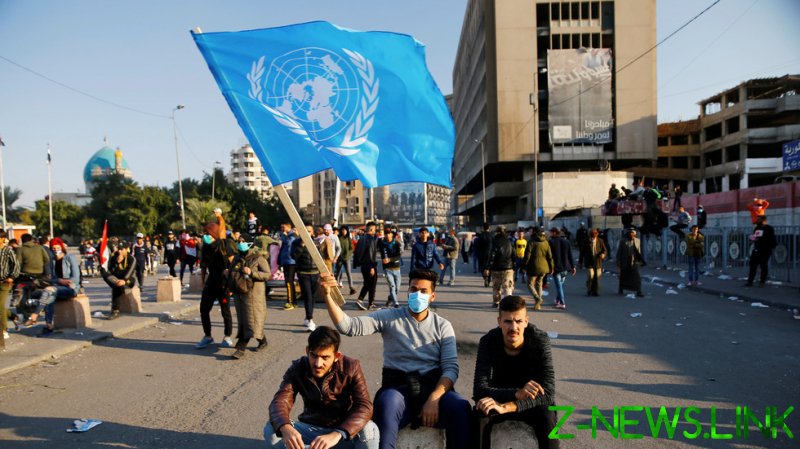 The Working Group on the use of mercenaries, composed of five independent experts with a mandate to advise the UN on human rights issues, called last week’s pardon of the four Blackwater contractors a violation of the international law and a blow to human rights “at a global level” in a statement on Wednesday.

Speaking on behalf of the group, Chair-Rapporteur Jelena Aparac did not mince words, calling the pardon “an affront to justice and to the victims of the Nisour Square massacre and their families.”

The four men were tried and found guilty in 2015 for their role in gunning down 14 civilians and injuring 17 at the crowded Baghdad square in September 2007, in the incident that became so notorious the Blackwater private security group got sold and had to change its name.

The contractors were escorting a US embassy convoy when they opened fire on unsuspecting civilians with machine guns, grenade launchers and sniper rifles. They subsequently claimed they thought they were being ambushed,

Nicholas Slatten, who first opened fire, was found guilty of first-degree murder. His colleagues Paul Slough, Evan Liberty and Dustin Heard were found guilty of voluntary and attempted manslaughter. Slatten was sentenced to life in prison, while the other three were serving lengthy terms when Trump granted them all a full pardon on December 22. The decision triggered outcry both at home and abroad.

The pardon not only runs afoul of the US obligations to uphold international law, but also sends a signal to mercenaries that they can commit crimes in faraway lands with impunity, Aparac warned.

Pardons, amnesties, or any other forms of exculpation for war crimes open doors to future abuses when States contract private military and security companies for inherent state functions

Trump granted clemency to over two dozen people in the two waves of pardons before Christmas. In addition to the Blackwater four, the pardons were extended to his former Trump campaign officials Paul Manafort and George Papadopoulos, as well as  Roger Stone, all caught up in special counsel Robertt Mueller’s ‘Russiagate’ probe. The US president also pardoned Charles Kushner, the father of Trump’s son-in-law and White House senior adviser Jared Kushner.