AfD’s Gunnar Beck: ‘Germany was a small ‘c’ conservative society until Merkel transformed it into this cultural Marxist nightmare’ 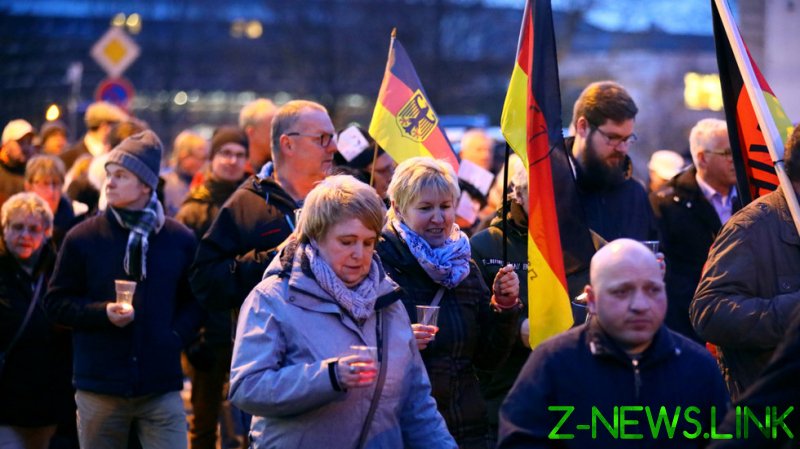 News that the German intelligence services now have the legal green light to monitor phones of the populist Alternative für Deutschland (AfD) party members and to spy on their activities has failed to derail the party’s political ambitions for this year’s elections.

Speaking exclusively to RT, senior AfD member and Euro MEP Gunnar Beck admitted that while the latest decision was part of “draining conflict” with the establishment his party was determined to overcome the obstacles in its path.

But the Dusseldorf-born lawyer was not surprised by the move from the Bundesamt für Verfassungsschutz (BfV), the German federal intelligence agency. After all, it was just a year ago that BfV chief Thomas Haldenwang revealed the intelligence services would be monitoring the party’s radical Der Flugel (The Wing) faction in a state crackdown on extremists.

“Rightwing extremism and rightwing terrorism,”Haldenwang declared at the time, “are currently the biggest danger for democracy in Germany.”

This opened the door for the BfV to now legally use phone taps, police informants and spies to monitor the activities of not just the radical element but all members of the country’s largest opposition party, which currently holds democratically elected seats in each of Germany’s 16 regional parliaments.

For Beck it was only a matter of time before the BfV widened its scope. “They announced around two and a half years ago that they were ‘observing’ us,” he said.

“That was right after AfD became the largest opposition party in the German Bundestag and we were riding high in the opinion polls at the time. But now it seems that having constantly threatened it, they’ve finally decided to do it.

“They can basically do what they want although it’s a severe invasion of one’s personal life.”

For privacy-loving Germans, even those with no declared political affiliation, the BfV’s move has had a chilling effect on personal liberties.

“This is a massive onslaught on freedom of expression,” said the 55-year-old Beck.

“It’s a political weapon in Germany, that because of the particular historical situation of the country seems to be reverberating far more strongly nearly 80 years after the war than it was immediately after those years.

“The country is in a state of traumatisation or kept in such a state because of the war. This has made Germany the leader of most degenerative social trends like this attack on personal freedom.

“It’s become a Horseman of the Apocalypse.”

With German federal elections scheduled for autumn this year, the political timing of the BfV decision and the blanket labelling of all AfD members as a cause for concerns over extremism could be seen as a cynical establishment attempt to smear the populists.

Beck shrugs off the “extreme rightwing” label, pointing out, “If you read our party policy programme then it’s pretty much in line with mainstream opinion from just 20 years ago.

“You have to remember that Germany was a small ‘c’ conservative society in many respects until Mrs Merkel came in and she’s transformed it into this cultural Marxist nightmare.”

He insists the AfD is on the right path on policy, and while admitting nothing is cast in stone, is convinced of one fact.

“We do have reason on our side,” he said. “And while it’s a particularly hostile climate we are facing in Germany we must be ferocious in attacking it.

“What I am convinced of is that there are potentially many more people who would agree with us if our message gets through.”

What role the BfV will play in AfD’s attempts to do so is unclear right now. The question is, however, whether Germans will stand for spies and informants being used to hamper a democratically elected opposition.

One thing is clear: despite the BfV upping the ante, the AfD remains ambitious and undeterred.