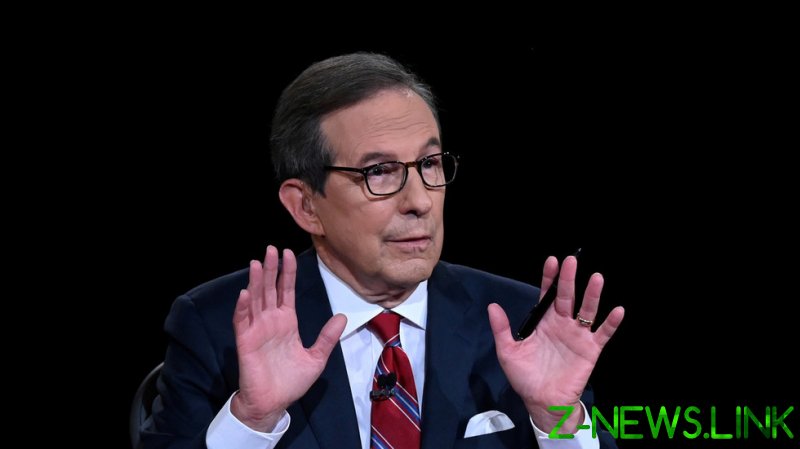 Wallace may have been talking to Health and Human Services Secretary Azar about the Covid-19 pandemic, but things briefly turned into a discussion about the contested presidential election when Azar referred to Biden as “vice president.”

“If President Trump had worn a mask then and urged everyone to wear a mask then, back in April, the way Joe Biden is right now, wouldn’t we be in much better shape?” Wallace asked.

Responding by saying “we welcome Vice President Joe Biden to the club,” Wallace interrupted Azar twice to issue a correction.

Azar continued undeterred, saying Trump has called wearing masks “patriotic.” He went on to encourage Americans to continue wearing masks to prevent the spread of Covid-19 and to say, “we’ve got the data. Masks work.”

Before ripping into the president for not always wearing a mask in public and hosting campaign rallies where mask wearing does not appear to be heavily enforced, Wallace once again corrected Azar about Biden’s position.

While many states have certified their election results, electors do not officially cast their votes until December 14. President Trump also continues to insist there was voter fraud in multiple swing states, including Pennsylvania and Georgia where he is pursuing legal avenues to have the results overturned.

Wallace, one of Trump’s most vocal critics on Fox News, received a wave of criticism from conservatives on Twitter who accused him of acting as an “advocate” rather than a journalist.

“Chris Wallace is an advocate hack, not a reporter,” actor Adam Baldwin tweeted in reaction to the interview.

Though Trump did not react specifically to Wallace’s interview, he tweeted later on Sunday that Fox News’ daytime shows are “unwatchable.”

“Even a boring football game, kneeling and all, is better!” he wrote.

Trump reiterated his belief that he won the election by a wide margin in a separate tweet.

Wallace’s frustration was just one of multiple exchanges during Sunday’s political talk shows in regards to whether or not Biden has won the election.

On ABC, George Stephanopoulos questioned Sen. Mike Braun (R-Indiana) if he could “accept that [Biden] is now president-elect.”

The senator refused to do so and said dismissing voter fraud allegations leaves a large portion of the country who believe there was fraud “disgruntled going into the future.”