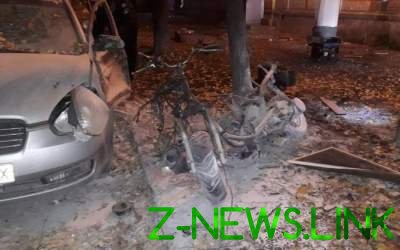 Gerashchenko said that the investigation will consider all versions.

Law enforcement authorities consider the attack by Russia as the main version of the explosion near the office of an espresso channel, in which two people died and three were injured.

This was stated by Advisor to the Minister of internal Affairs, the Deputy of the popular front Anton Gerashchenko.

See also:  Russian died after the ambulance four times refused to help him

He said that the main version is the activities of Russian intelligence, and motive – “creating a climate of fear in Ukrainian society”.

“Most likely motive was to do so, to show that foreign intelligence agencies and mercenaries from the occupied territories can implement the attacks in Kiev”, – said Gerashchenko.

He noted that the investigation will consider all versions, but this remains a major.

Note, currently, experts continue to explore the remains of explosives near the headquarters of the espresso.