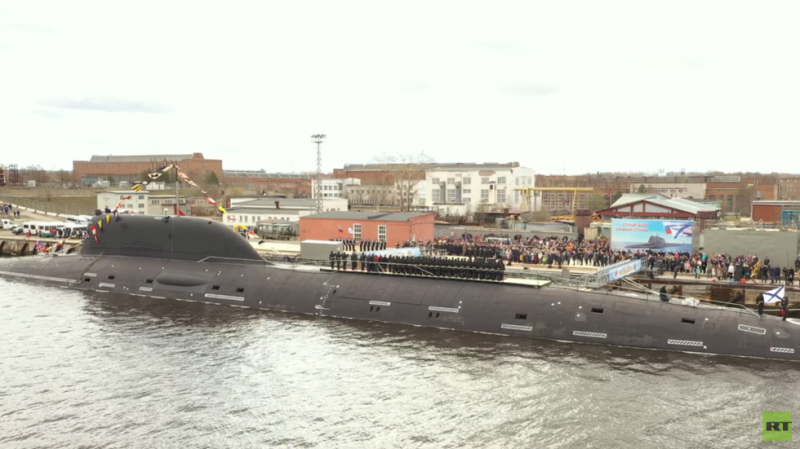 The flag hoisting ceremony to mark the beginning of the Kazan’s service was held in Russia’s northern port city of Severodvinsk on Friday. The ceremony was attended by high-ranking officers, including the Navy chief Admiral Nikolay Evmenov as well as the commander of the Northern Fleet, Aleksandr Moiseev.

The new vessel will join the same submarine unit where the only ship of the original Yasen series – namesake of the shipyard city, the Severodvinsk sub serves. While little is known about the new submarine, the upgraded Yasen-M project is said to be significantly more advanced.

The new vessels are capable of using all of the existing Russian naval-based missiles, including the multi-purpose Kalibr and anti-ship Oniks. They will also carry massive 533-mm homing torpedoes, capable of doing devastating damage in a more up-close combat situation.

The Yasen-M submarines are also expected to carry the new Zircon hypersonic cruise missile, that is still under development. The Zircon missiles fit into the same tubes used to launch Kalibr or Oniks projectiles. According to Russian media reports, state trials of the missile are scheduled to take place this year, with the Severodvinsk submarine named among the test carriers of the new munitions.

Another submarine of the Yasen-M family, the Novosibirsk, is currently undergoing trials and is expected to join the ranks of the country’s Navy later this year. At least six more vessels of the type are under construction, with most of them expected to be completed by mid-2020s.