Home / WORLD / Admitting ‘monumental failure’? Obama roasted for saying US achieved ‘all that we can’ in Afghanistan as Biden reveals exit plan

Admitting ‘monumental failure’? Obama roasted for saying US achieved ‘all that we can’ in Afghanistan as Biden reveals exit plan 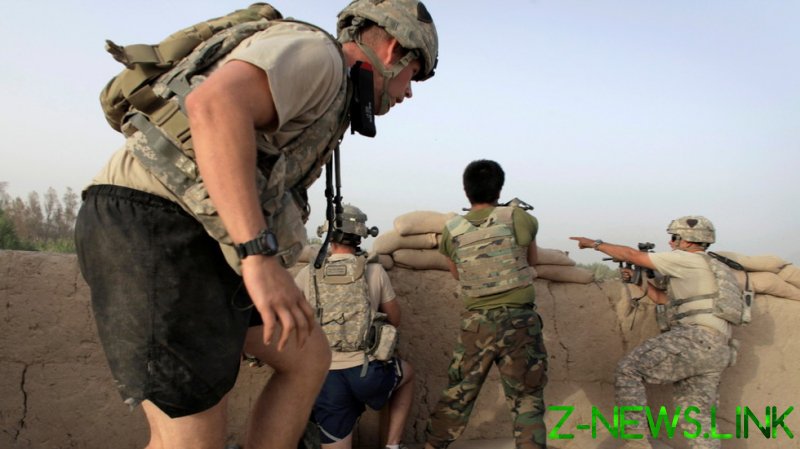 Biden announced on Wednesday that American forces will leave Afghanistan by September. Explaining his decision, he said that he refused to continue the cycle of “extending or expanding” the US military presence in the country, adding that waiting to create “ideal conditions” for a withdrawal was no longer viable. He noted that four presidents have presided over the conflict and that he was determined not to pass the conflict on to a fifth. Around 2,500 US service members are currently stationed in the country, with thousands more reportedly operating “off-the-books.”

The Democrat said that he had spoken to Obama as well as former President George W. Bush earlier in the week about his withdrawal plans.

Biden, who served as vice president during Obama’s two terms in office, received public support from his fellow Democrat over the decision. In a statement, Obama said that the US should remain engaged in Afghanistan diplomatically to support its progress on human rights, but that the military conflict, which began in October 2001, should come to an end.

“[A]fter nearly two decades of putting our troops in harm’s way, it is time to recognize that we have accomplished all that we can militarily, and that it’s time to bring our remaining troops home,” Obama said.

But while Obama hailed Biden’s “bold leadership” in pulling troops out of the war-ravaged nation, others were far less impressed.

For starters, many pointed to how the Obama administration had broken its vow to end the war. In fact, then-VP Biden stated in October 2012 that US troops would soon be exiting the country for good.

Others wondered what Obama meant when he referred to US military accomplishments in Afghanistan.

“‘Accomplished all that we can militarily’ is a really funny way of saying this was a monumental failure,” observed one commenter.

The US managed only to “further destabilize the Middle East” and line the pockets of defense contractors, argued one Twitter user, predicting that “off-the-books” troops would likely remain in Afghanistan after the “official” withdrawal in autumn. The claim is not without basis. Citing US officials, the New York Times reported that the Pentagon would likely continue to use clandestine special forces in Afghanistan after conventional forces leave.

Others pointed to the somewhat inconvenient fact that former President Donald Trump had brokered a peace deal with the Taliban that called for the US to leave the country by May 1. Biden promised only to begin the wind-down process by then, with the goal of having all US forces out of the country by September 11.

Still, there were some who seemed to side with Obama’s take on the foreign policy matter. Numerous replies applauded Biden and his “sensible” decision to bring US military involvement in Afghanistan to a close.