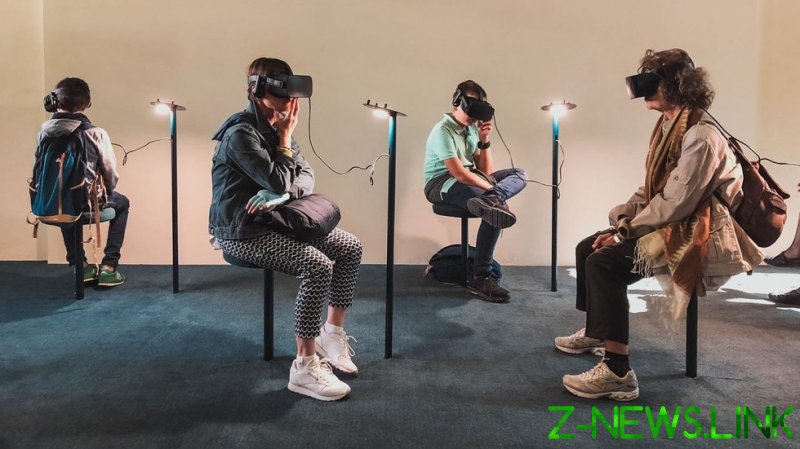 The country that went to war on bankers and once kicked out uninvited FBI agents has now taken on Mark Zuckerberg’s ‘Metaverse’, countering humorously with ‘Icelandverse’ – “enhanced actual reality without silly looking headsets.”

A two-and-a-half minute clip by Inspired by Iceland hilariously mimics the near seven-minute clip announcing Facebook’s Meta – right down to the robotic-looking Icelandic version of Zuck (named Zack), with equally awkward facial and hand gestures.

Viewer comments on this satirical tourism advertisement were overwhelmingly positive, with most entertained by the uncanny Zuckerberg mimicry (down to the clay of Iceland’s famous Blue Lagoon copiously slathered on Zack’s face much as Zuckerberg did with sunscreen while surfing).

But beyond the entertainment value of the clip, the message that stands out is: Why would you don headsets and visit virtual reality when you could go somewhere as stunning as Iceland? Why choose fake reality over life?

Satire site The Babylon Bee also took a swipe at the issue, sarcastically writing, “God unveiled the creation of an ultra-realistic metaverse where people can talk, learn, and work with other people, stating this unique new metaverse will be called ‘Universe.’”

Advances in augmented reality (AR) technology are presented as making our lives easier, more pleasurable. And, certainly for kids who have grown up on technology, AR may be an easy sell. But for many of us who grew up offline, in the ‘realverse’, playing in creeks and skateboarding in parks, the thought of Big Tech’s augmented virtual existence is off-putting, even revolting.

After isolating lockdowns and other absurd anti-science measures that have made life hell for many for the past year-and-a-half, people are thirsty for real life interactions, not Zoom calls or other digital meet-ups. People are thirsty for real-life experiences, the good and the bad, the things that make us human – not some virtual world where users can choose a perfect, problem-less existence.

In a recent and informative discussion, journalists Whitney Webb and Ryan Cristian addressed the idea of this AR-inspired Metaverse – not only Facebook’s interpretation of it, but also other tech giants – and why it is not a positive development, despite being framed as one.

Some of the points they covered include how the Metaverse could mean a push to end online anonymity; how your digital biometric ID could be tied to your internet access (which of course has implications for dissenting voices); and that children and youths are likely to be heavily targeted, because they are more easily persuaded than adults who have lived real lives for decades.

In terms of security concerns, it’s worth reading Webb’s article on the origins of Facebook, the opening of which notes: “Facebook’s growing role in the ever-expanding surveillance and ‘pre-crime’ apparatus of the national security state demands new scrutiny of the company’s origins and its products as they relate to a former, controversial DARPA-run surveillance program that was essentially analogous to what is currently the world’s largest social network.”

In their conversation, Webb further noted: “All of those [Silicon Valley] companies have essentially become government and intelligence contractors. The line between them is not clearly defined and arguably does not exist.”

And as Cristian pointed out, “The 4th Industrial Revolution [which such tech advances like the Metaverse are a part of] will be about changing you as a person. Gene editing will change you. But, if you mention brain chips now you will be screamed at as being a ‘conspiracy theorist.’”

Yet, as he and Webb note, this is now being openly discussed, pointing to an October 2021 article by John Horgan of the Stevens Institute of Technology in the respected title Scientific American, which states, “I wish I could dismiss the metaverse – and especially the version based on brain implants – as silly techno-hype. But scary things that once seemed inconceivable have been happening lately. Given the world’s unpredictability, I have a hard time ruling out the possibility that an unholy alliance of big tech and the military will foist an implant-enabled metaverse on us.”

So while Zuckerberg speaks glowingly of all the positive things to come with the Metaverse, what it could actually deliver is extremely disturbing, to say the least.

And as for Iceland’s dig at the Metaverse? It was masterfully done. Having been to the ‘Icelandverse’ many times, I definitely agree – it’s real, it’s immersive, the water is wet, and you don’t even need silly VR headsets to enjoy its splendours.