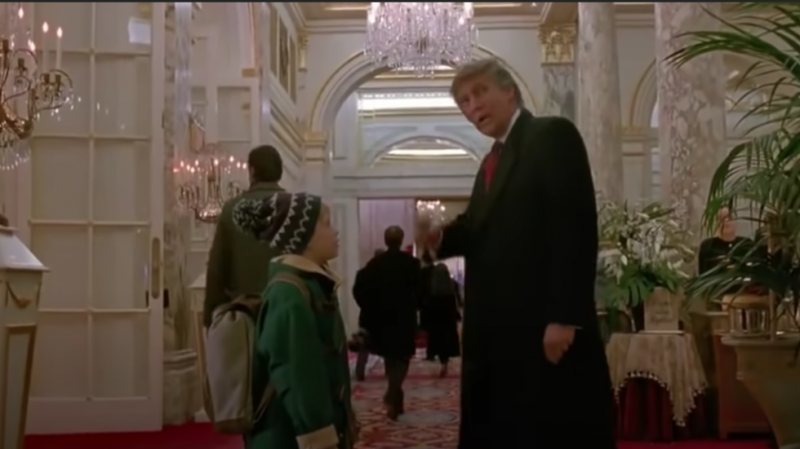 The Hollywood backlash was fierce, with celebrities such as comedian Patton Oswalt and actress Rosanna Arquette blasting Swanson. “Why do you hate America?” Oswalt asked.

Actor Ken Olin was among the most cancel-hungry respondents, saying “Retweet if you’re OK with Kristy Swanson being removed from every movie she was ever in.”

Many of the critics, such as actresses Jane Lynch and Yvette Nicole Brown, took jabs at Swanson’s career, suggesting that she’s not prominent enough to be relevant. When it was pointed out that Swanson starred in ‘Buffy the Vampire Slayer’ and has more than 90 acting credits, Brown retorted: “I don’t know or care. Her resume isn’t important. What is, is that she’s still supporting a dude who incited a Klan riot where six people died…”

Brown was referring to the January 6 US Capitol riot, which Democrats and some Republicans have blamed Trump for inciting. Among many other efforts to punish Trump and his allies, critics suggested that the president’s short appearance in the 1992 movie ‘Home Alone 2′ be digitally removed.

Swanson had relatively small roles in the two Hughes-produced films in which she appeared as Duckette in ‘Pretty in Pink’ and classmate Simone Adamley in ‘Ferris Bueller’s Day Off’.

Actor Matt Walton argued that it would be relatively easy to cut Swanson’s one major line in ‘Ferris Bueller’s Day Off’, then kicked himself for going so far as to research her role. Then again, Swanson’s mini-speech explaining the title character’s absence from school might be considered integral to the story by some cinema purists.