Actor “95 Quarter” said one of the politicians offended by jokes 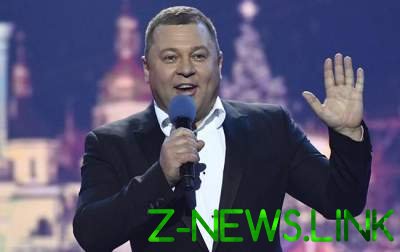 Comedians have repeatedly expressed their dissatisfaction with the parodies

Most politicians are sure that the jokes of the Studio “Kvartal 95” is not about them. This was told by the comedian Alexander Pikalov.

“It was different. And his “fairy” was expressed, and promised, “Oh, that will be.” And spoke so that we all knew that we could wait. It was the policy of different ranks. Although 80 percent of politicians believe that our jokes are not about them,” he said. The comedian also called the name of the policy that most don’t like jokes “95 Quarter”.

“Yulia Tymoshenko has a great sense of humor. She battered us always. But she never offended. But Vitali (Klitschko), you can see, greatly offended. He holds himself in his hands, but you know what is best in his eyes not to get caught… People who have a sense of humor, respect for our humor. We do not cross the border. For example, the themes of family relationships among politicians, we do not touch,” – said Pikalov.

See also:  The head of the SBU has proposed to severely punish politicians for their visits to the Russian Federation

The comic questioned why some politicians they do not regret and think about them very bad jokes. For example, about Klitschko, Yatsenyuk, Lyashko and Gavrilyuk. “So I didn’t invite them into politics! And very often they say stuff like we were complete nerds!” – added Pikalov.