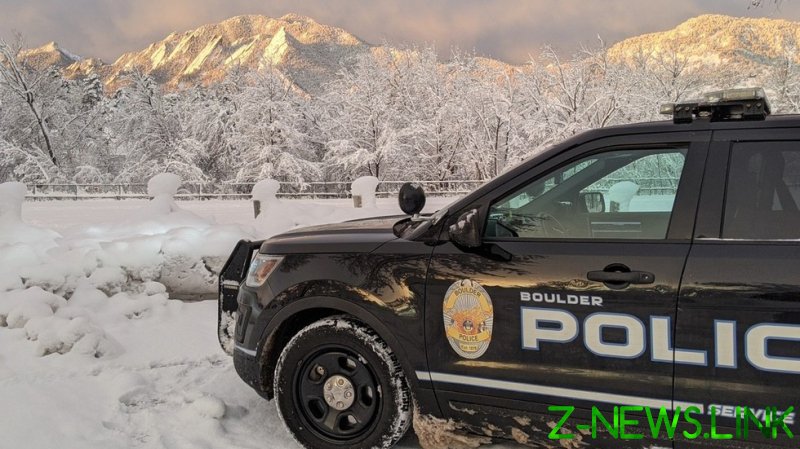 The police have identified the location as a King Soopers supermarket in the Table Mesa neighborhood.

Initial scanner traffic from the scene suggested that the suspect fired on officers and that there were multiple people injured inside the store, but that has not been independently confirmed. Boulder PD have yet to give any official details on the situation, beyond it being an active shooter incident.

Two groups of people have been ushered out of the building so far. One man was in handcuffs and bleeding from what appeared to be a leg wound. Wearing only underwear in the near-freezing temperature, he was placed on a stretcher and loaded into an ambulance.

“I am closely watching unfolding events at King Soopers in Boulder. My prayers are with our fellow Coloradans in this time of sadness and grief as we learn more about the extent of the tragedy,” Governor Jared Polis tweeted out.

The store and the surrounding shopping center remain cordoned off by police as of 4:30 pm local time. No official information about the suspect or the number of victims has been released.