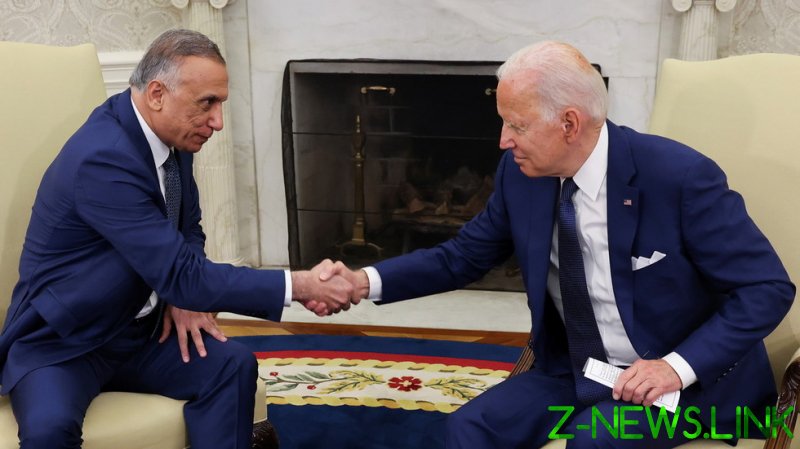 Shortly after the Iraqi PM’s residence in Baghdad was hit by what Iraq’s Security Media Cell said was a “booby-trapped drone,” the United States State Department released a statement decrying the attack and offering to help the investigation.

“We are relieved to learn the Prime Minister was unharmed,” State Department spokesman Ned Price said on Sunday, calling the incident an “act of terrorism, which we strongly condemn.”

Price added that the State Department is “in close touch with the Iraqi security forces charged with upholding Iraq’s sovereignty and independence” and said the US had “offered our assistance as they investigate this attack.”

“Our commitment to our Iraqi partners is unshakeable. The United States stands with the government and people of Iraq,” the statement concluded.

Prime Minister al-Kadhimi released his own statement on Sunday, insisting that he was not hurt. He called for “calm and restraint from everyone” in the wake of the attack “for the sake of Iraq.”

The Iraqi military claimed that al-Kadhimi was subject to a “failed assasination attempt.” However, no party has taken responsibility for the strike yet.

A spokesperson for the Iraqi Shia Al-Sadiqoun Bloc, which is part of a broad coalition of pro-Iranian Shia parties, suggested that the incident might be a false flag operation to cover up for the government’s handling of the Friday’s election protests that reportedly resulted in deaths of several protesters and multiple injuries among demonstrators and officers.

Al-Kadhimi ordered a probe into the violent clashes, vowing to provide compensation for the victims.