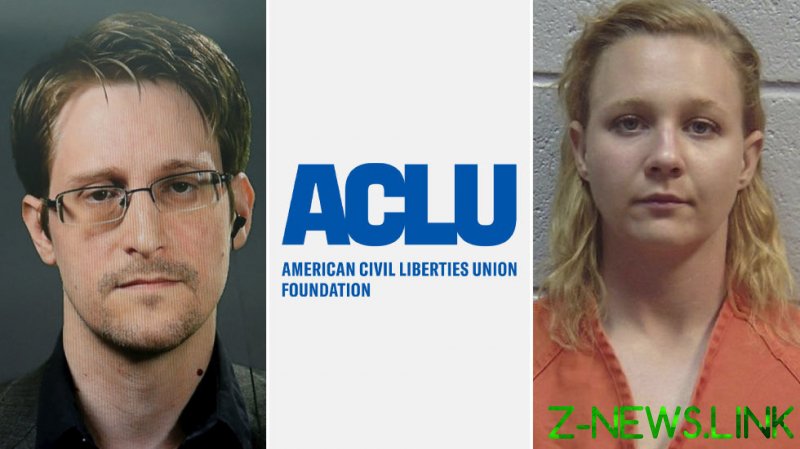 “Pardon Snowden,” the civil rights non-profit’s Twitter account wrote late on Sunday. “Edward Snowden blew the whistle on illegal government activity kept secret for years,” the ACLU continued, adding, “Our democracy is better off because of him.”

The ‘pardon Snowden’ tweets were likely prompted by some members of Congress increasingly calling on the president to do so in his last days in office. A few hours prior to the ACLU’s posts, Florida Rep. Matt Gaetz made headlines with his own tweet reporting that Trump “is listening to the many of us who are urging him to Pardon Snowden.”

Despite the ACLU’s reasons for tweeting specifically about Snowden seeming clear, some Twitter users took umbrage with the group not also mentioning fellow whistleblower Reality Winner, who was sentenced to five years and three months in prison in 2018 for revealing classified NSA materials.

In fact, some were so outraged by the ACLU’s tweet in support of Snowden instead of Winner because they saw it as an indicator that the non-profit was “sexist.”

Critics argued that the ACLU was just chasing media attention by standing up for the more “famous” whistleblower. According to them, it was sexism that prevented Winner’s case from being given the same type of publicity.

“If you weren’t so sexist, you’d work to free Reality Winner instead,” wrote one commenter who supported her but slammed Snowden for telling “lies.” Another slammed the ACLU’s “casual sexism” and said Snowden was “compromised.”

Some argued that Winner’s case was more urgent than Snowden’s, since she is currently serving prison time, and is expected to be released only in about a year.

So far, the organization has not reacted to the storm of criticism prompted by its tweet. In the past, however, the ACLU did stand up for Winner, describing her case in 2017 as persecution under “unconstitutional law.”

Snowden himself pleaded with Trump to pardon Winner live on air with MSNBC this September.

As to the possibility of an actual pardon with regards to Snowden, back in August Trump said that he was “looking into it,” taking into account bipartisan polarization of opinions on the whistleblower’s fate.