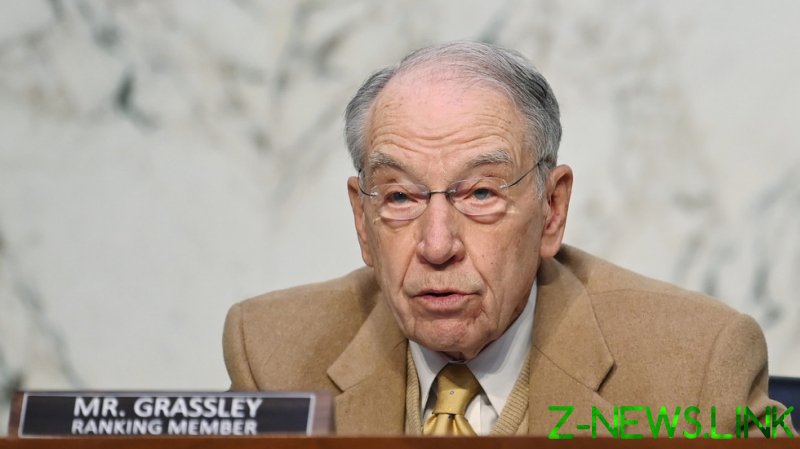 Gupta, Biden’s pick for associate attorney general, has faced criticism from Republican lawmakers for her attacks on the party, including calling the Republican National Convention “three nights of racism, xenophobia, and outrageous lies.’”

Grassley was particularly critical of Gupta, arguing she could not be trusted to have a non-biased approach to her potential position.

Though McCray quickly took down the tweet, a screenshot of it spread across social media, earning backlash over the fact that a senior employee of a group that is supposed to fight for civil liberties would wish death on someone over their political beliefs.

Despite deleting the tweet in question, McCray defended it by pointing to a tweet published in November – when Grassley tested positive for Covid-19 – that she claimed was similar in language.

“I’m mad as hell about the danger Chuck Grassley and his cronies continue put my family and friends in and I’ve got no thoughts & prayers for their ilk. But I’ll miss his tweets,” she wrote in that tweet.

“Chuck Grassley and the Iowa GOP have thousands of Iowans’ blood on their hands and continue to govern with no regard for their constituents’ lives,” she wrote when sharing the past tweet.

Asked by a user if she felt the same way about Democrat politicians who have faced controversy for their leadership during the pandemic like New York Gov. Andrew Cuomo and California Gov. Gavin Newsom, McCray claimed that she did.

Formerly a member of the Obama administration, Gupta’s most recent position was as the ACLU’s Director of the Center for Justice. The group tweeted on Tuesday ahead of her hearing that they are “particularly proud” of her work for them.