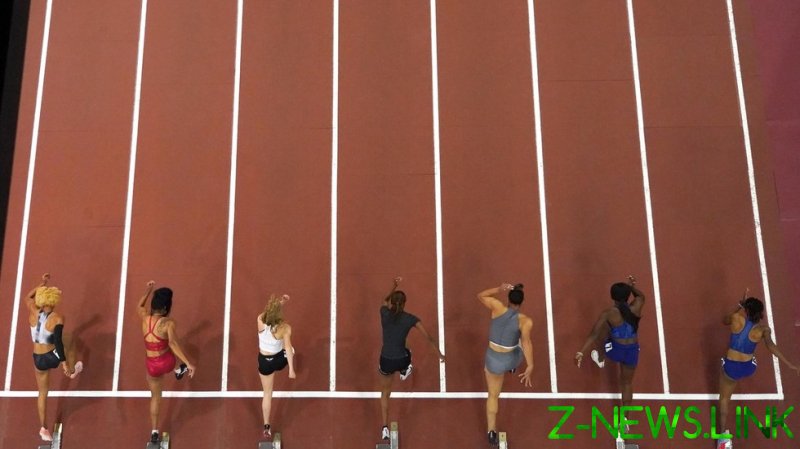 The ACLU posted a series of Twitter messages on Wednesday, taking on various beliefs about transgender athletes that it called “myths.” The group said those beliefs, such as transgender girls having physiological advantages over biological girls, have been “debunked.”

“Trans athletes vary in athletic ability, just like cisgender athletes,” the ACLU tweeted. “In many states, the very same cis girls who have claimed that trans athletes have an unfair advantage have consistently performed as well as or better than transgender competitors.”

The messages, which are part of the ACLU’s campaign to fight a proliferation of state laws banning participation in girls’ sports by biological males, also included debunking the notion that boys and girls have different biological characteristics. “There are no set hormone ranges, body parts or chromosomes that all people of a particular sex or gender have,” the group said.

The ACLU argued that excluding transgender females from girls’ sports hurts female athletes by potentially subjecting them to “gender policing” and robbing them of “caring environments where teammates are supported by each other and by coaches.” The group created and attacked a straw-man myth that “trans students need separate teams,” apparently ignoring the fact that all students can compete in sports based on their biological sex.

Uncommon Ground editor Dan Fisher said the ACLU used a series of “lies, misdirections and clever but empty phrases” to supposedly debunk basic facts, such as the physical differences between males and females.

Twitter users called the group’s arguments absurd and dishonest. “A human rights organization advocating cheating is a sight to behold,” one commenter said. Festival director Jenny Dee blasted the ACLU as a “bunch of girl- and woman-hating, science-denying cowards.”

Some observers pointed out the clear physical advantages of males – “there are 300 high school boys that currently run a faster 400 meters than the women’s Olympic record holder” – while others argued that if the ACLU assertions were true, there would be examples of transgender boys excelling in boys’ sports.

The ACLU’s Twitter campaign came the same day that Republican Senators grilled President Joe Biden’s nominee for secretary of education, Miguel Cardona. Senator Rand Paul (R-Kentucky) questioned Cardona on his support for allowing biological males to compete with females in girls’ sports. The nominee confirmed that he believes schools are legally responsible for providing opportunities for students, including transgender children, to participate in activities such as sports.

“This kind of thing is going to lead to, really just the vast majority of America just wondering, who are these people that think it’s OK?” Paul told Cardona. “From what planet are you from to think it’s OK that boys would compete with girls in a track meet and that somehow would be fair?”