Home / economy / Accounts chamber: the real incomes of Russians in 2019 decreased on 2,3%

Accounts chamber: the real incomes of Russians in 2019 decreased on 2,3% 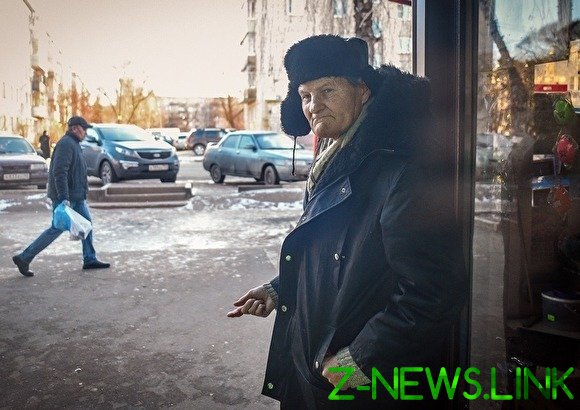 In the first quarter of 2019 year, the real disposable incomes of Russians decreased by 2.3% compared to the same period of 2018. This is stated in the report of the audit chamber, Interfax reports.

According to the presidential decree “On national goals by 2024”, the Russian government should ensure the sustainable growth of real incomes of citizens and twofold decrease in the level of poverty in the country. But while the situation does not look optimistic.

“To enter into positive territory by the end of 2019, the real disposable monetary incomes of the population in the II–IV quarters will increase substantially, which seems unlikely”, — the document says.

See also:  In Ukraine decreased the amount of cash in circulation

Also in the chamber believe that this year will not work to reduce poverty by 2.4%, as planned.

According to official statistics, the poverty line today are 19.3 million Russians (13.2% of the population). Real incomes fall for the sixth consecutive year. For the last two years the number of citizens planning their future in the next five to six years, reduced from 17 to 11%. Over 60% of Russians are ashamed perpetual poverty in Russia.

See also:  Named a new reason for rejection of the dollar

At the beginning of 2019 due to the increase in VAT, the instability of the ruble and the increased cost of raw materials increased prices for food and alcohol. It’s also more expensive smartphones, apartments, gasoline, cars, cell phones, tickets, increased mortgage rates, increased utility payments. According to the forecast of the Central Bank, by the end of 2019,the inflation in Russia will make 5-5. 5%.