Home / Incident / Accidents in Kharkiv: one dead, two in hospital

Accidents in Kharkiv: one dead, two in hospital 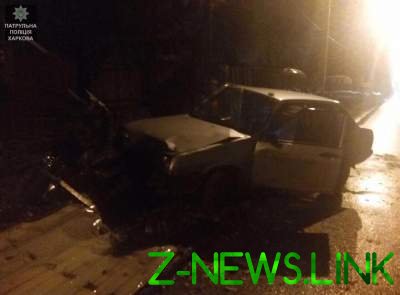 The car flew into the fence.

In the street Light, 13 in Kharkiv the driver of the car VAZ-21099 lost control and crashed into a fence.

“According to preliminary data, the driver of “Zhiguli” has exceeded speed. By the way, at the time of registration of the accident was that the man was in a state of alcoholic intoxication. In his blood found of 2.61 ppm alcohol. The driver was made the administrative Protocol under article 124 of and part 1 of article 130 of the Cao”, – noted in Department.

See also:  Kiev: a man stole the bag, which was 3.6 million hryvnia

Another accident occurred at about 16:35 on the street Klochkovskaya, 98. They faced Grandis Mitsubishi and SsangYong. The accident injured the driver of the last car. The man was hospitalized.

On the same day at about 01:30 in the village of Chernihiv (Lozova district) 32-the summer driver of the car Renault Trafic is not lost control and drove into a ditch. As a result, the vehicle overturned.

“From the received traumas the driver of the vehicle died on the spot. Two passengers were diagnosed with traumatic brain injury and bruises. They were taken to the hospital. Physicians estimate their condition as satisfactory”, – militiamen noted.