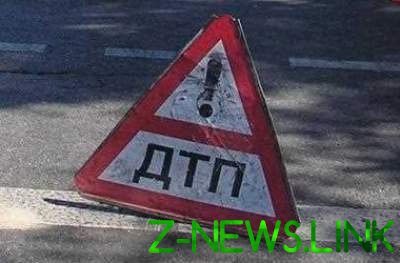 The culprit was released on personal recognizance.

Kharkiv Andriy Poltavets, who was convicted in 2008 for committing drunk accidents with six victims, who was recently arrested drunk driving, the court released under the personal obligation.

The suspect must wear an electronic bracelet.

Prosecutors asked for Poltavets house arrest, but the court chose to confine myself to a bracelet.

The driver claims not to understand himself.

“It happened, how it happened. I can’t answer this question. I repaired the car, and when I was a police stopped, then, as they say, understand what happened,” says James read.

See also:  Near Kiev the drunk driver of VAZ arranged a serious accident

Recall that in may 2008, drunk driving a car Mitsubishi L-200, Poltavets went to the tram stop and hit the people due to traffic accidents killed six, among them two children and a pregnant woman.

Then the Prosecutor proved in court the guilt of the driver, he was given 10 years in prison with an additional deprivation of the right to operate vehicles for 3 years, but he left early.

According to first Deputy head of the local Prosecutor Andrei Kravchenko, the man has violated the verdict of the court restrictions in the form of prohibition of driving, despite confiscated his driver’s license and got behind the wheel, when it again was in a state of intoxication.

“Freed in September 2015 ahead of schedule from imprisonment places, the suspect on the road to reform was not”, – said the Prosecutor.