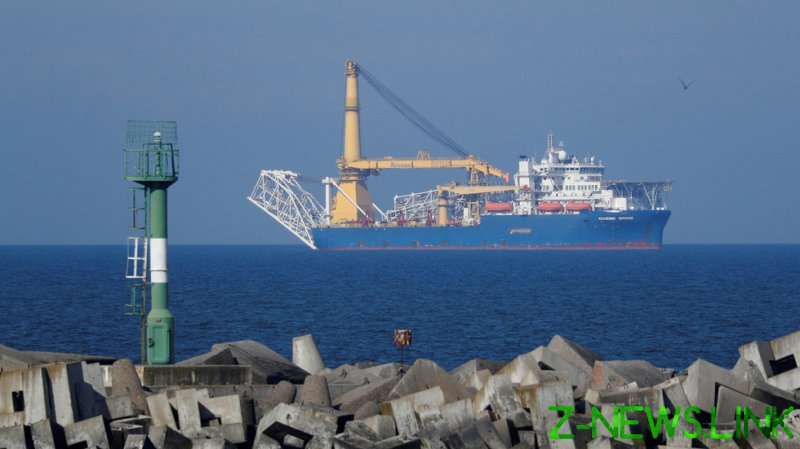 Speaking to journalists on Sunday, Kremlin spokesman Dmitry Peskov told the Rossiya 1 news channel that the new wave of sanctions against companies involved in the construction are “an absolutely naked, cowboy-like raider attack.”

While many European firms had been anticipating a gold rush as a result of the $18 billion project, they have since found themselves held at pistol-point by the US State Department. In November, a number of maritime and construction firms received letters from American diplomats warning them of sanctions and punitive measures if they did not withdraw from the project. At least one European firm, a risk management company, pulled out as a result.

However, work has continued unabated on the pipeline, which would connect Siberian gas fields to consumers in Western Europe. Russian experts have insisted the project will be completed midway through 2021. Germany has also continued to wrangle support for the construction, despite pressure from Washington, with Bundestag Deputy Waldemar Gerdt arguing that “Nord Stream 2 will be completed regardless of how the incoming or outgoing [US] administration behaves.”

While American politicians have argued the pipeline poses a “threat” to European geopolitical security, German officials have been cynical about their motives, given the project is backed by Berlin, as well as French and British energy firms. There has been widespread speculation that the US’ position is also influenced by a desire to sell vast quantities of American shale gas to the continent. According to Politico, a common refrain in Berlin is that “the Americans don’t care about Russia – they just want to sell us their fracking gas.”