Home / WORLD / Absent he may be, but Chelsea owner Roman Abramovich has proved he’s as ruthless as ever with Frank Lampard sacking 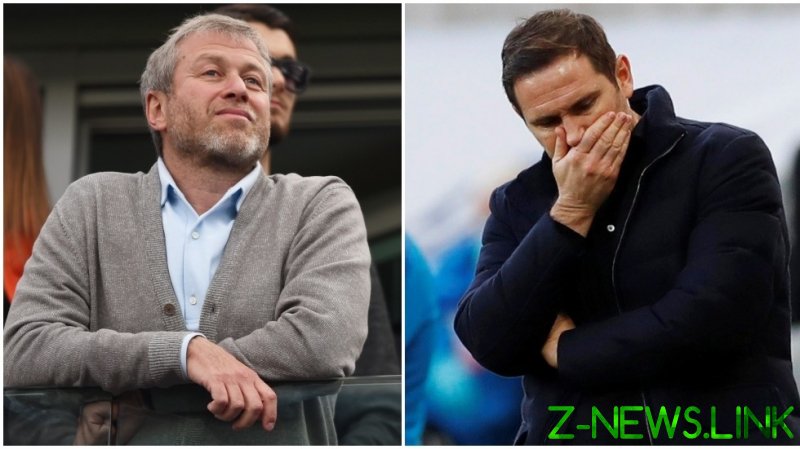 If anyone was going to be immune from the revolving-door managerial culture at Chelsea, it was surely Frank Lampard. As the club’s all-time top scorer and serial winner of titles as a Chelsea player, ‘Super Frank’ is a bona fide, blue-blooded club legend.

As it turned out, past playing glories were not enough to buy Lampard time as manager as he desperately battled to turn around the team’s alarming slump in form this season.

From topping the Premier League table at the start of December, Lampard departs with Chelsea languishing down in ninth – 11 points off the top and five from the Champions League places.

In sacking Lampard, Abramovich went to the rare trouble of adding a personal message to the club statement, talking of the pair’s “excellent personal relationship” and the “utmost respect” he maintains for his 42-year-old former manager.

Lampard’s status, it added, remains “undiminished” at the club despite the move to send him packing with the worst win percentage of any manager in the Abramovich era.

Kind words, but Stamford Bridge is clearly still no place for sentiment if you are the man occupying the dugout. 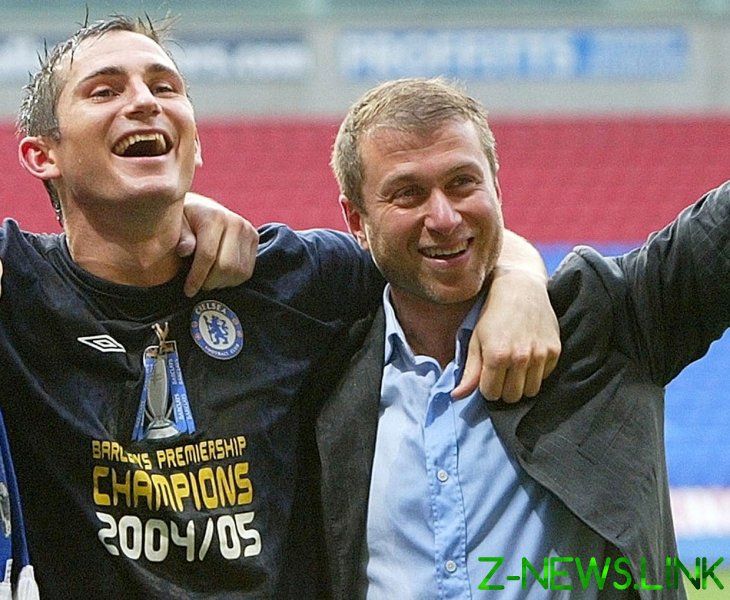 Lampard enjoyed success as a Chelsea player during the Abramovich reign. © Reuters

Many had argued that Lampard deserved time, and that his relations with Abramovich and Marina Granovskaia – the Russian owner’s trusted lieutenant at Stamford Bridge – could give him more leeway than his predecessors.

Lampard had spoken glowingly of his relations with Granovskaia after being appointed in the summer of 2019, but in the end the pair are said to have increasingly clashed over transfers as well as the fate of goalkeeping flop Kepa Arrizabalaga. A vote of no confidence from Granovskaia will likely have been crucial in forcing Abramovich’s hand. 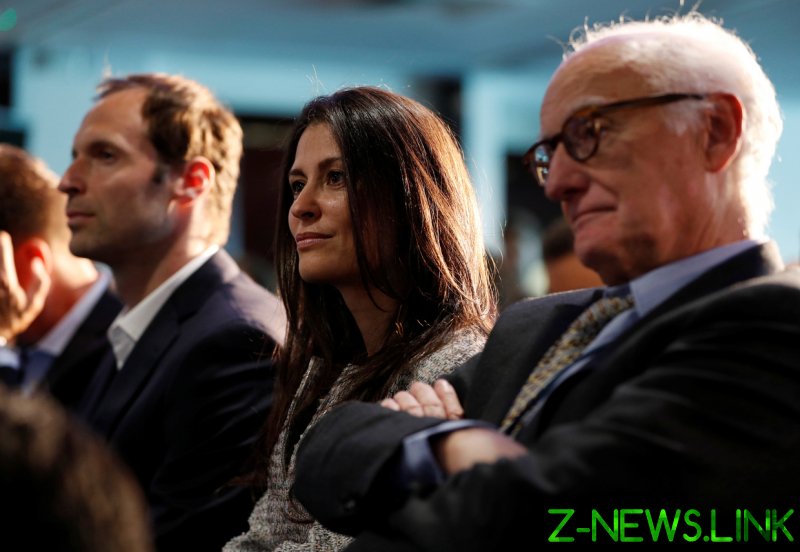 Granovskaia is a key player at Stamford Bridge. © Action Images

Abramovich has, of course, been an absent owner in a physical sense, with the 54-year-old oligarch not attending a home game at Stamford Bridge since his visa problems in the fallout from the Skripal spy poisoning scandal between the UK and Russia more than two years ago.

According to club chairman Bruce Buck, Abramovich remains as committed as ever to the club, despite persistent rumours that the Russian would be willing to sell if the price was right (supposedly around the £3 billion mark).

Abramovich’s mammoth £230 million outlay on new players over the summer was taken as a token of that commitment, but could equally be held up as simply making up for lost time after Chelsea’s transfer ban – imposed for irregularities in signing young players – was lifted by FIFA in January 2020, or even an indication that Abramovich was polishing his asset to make it more appealing for a potential sale. 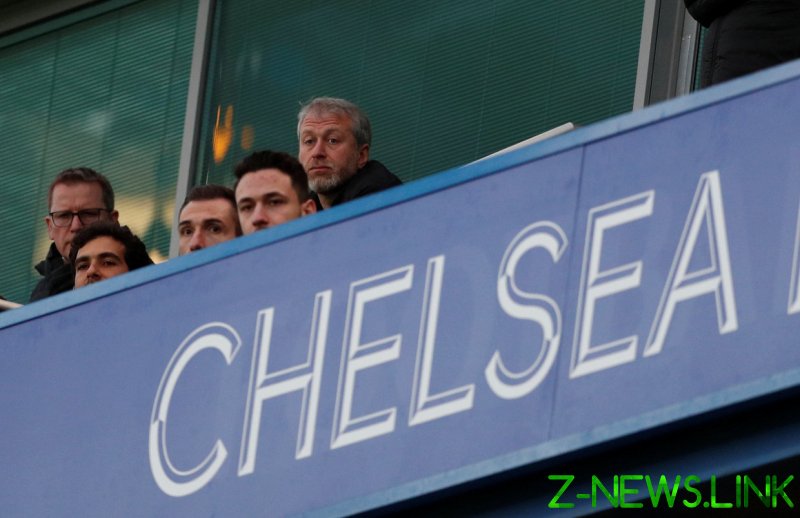 Abramovich has been forced to watch Chelsea from afar in recent years. © Reuters

But with Abramovich on the scene or not, Lampard is no fool and clearly knew his position was precarious.

Possessing just one year of managerial experience at Championship club Derby before he took over at Chelsea, Lampard got the job based on the privileges he accrued at the Blues as a player, but was under no illusion that those same privileges would keep him the dugout once things started going south.

Lampard was widely seen as surpassing expectations in his first season in charge, contending with that transfer ban and blooding young talent in the first team, still managing to secure fourth spot and a Champions League place.

This season, though, expectations were higher after that summer splurge. Lampard navigated Chelsea through to the Champions League knockout stages, but any hint that they would miss out on a return to the competition next season – and the revenues it brings – was always going to set alarm bells ringing. Chelsea now find themselves in that position, and Lampard has gone.

Perhaps more alarmingly than Chelsea’s league position, Lampard did not look like he held the answers to the current problems. Chelsea won FA Cup ties against Morecambe and Luton and edged past 10-man Fulham in the Premier League this month, but those results merely papered over the cracks.

Crucial in Lampard’s demise was the abject defeat to Arsenal on Boxing Day and the woeful performances in the 3-1 home defeat to Manchester City on January 3 and the 2-0 loss to Leicester City last week. 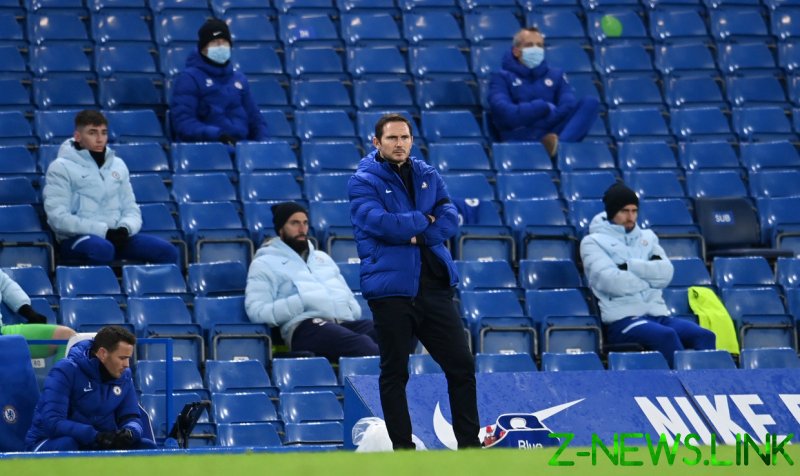 Lampard has overseen a major drop in form in recent weeks. © Reuters

All through Chelsea’s slump, Lampard’s selection appeared scattergun, as if fumbling around for solutions. He may have settled on 4-3-3 as his preferred formation, but within that there was little continuity in defensive, midfield or attacking partnerships. Rotation will be key in this most congested of seasons, but Lampard’s chopping and changing of personnel hinted at desperation for a reaction from his failing players, rather than any method.

Chelsea were brutally exposed by Manchester City at Stamford Bridge, a result which according to The Athletic left Abramovich “furious.” Worse was to follow against Leicester – a match which laid bare Lampard’s and Chelsea’s failings against a well-drilled team under Brendan Rodgers who represented everything the Blues are not.

That match is said to have been the tipping point for the Chelsea hierarchy, even if significant noises were already being made about Lampard’s departure far earlier than that. 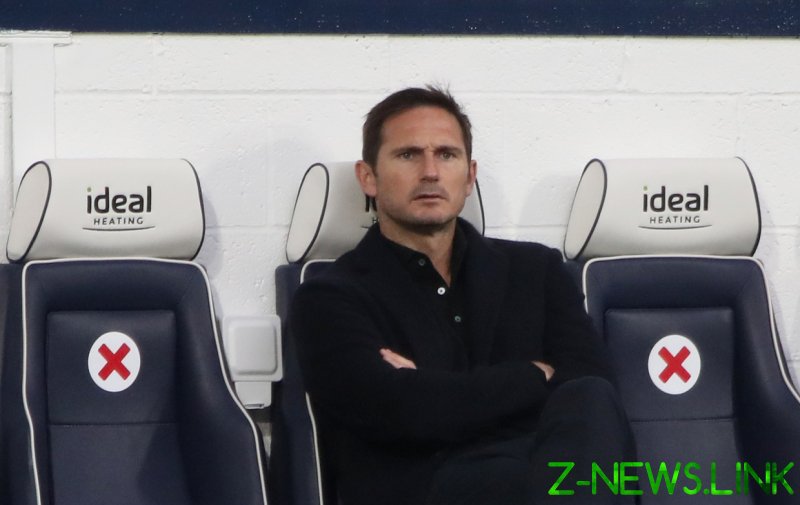 Rumours of Lampard’s dismissal had been circulating for the past two weeks. © Reuters

Crucially, Lampard was seen as not getting the best out of the club’s expensive summer signings – most notably German duo Kai Havertz and Timo Werner. The pair arrived at the club for a combined price tag which could run to £130 million, but both have struggled to bed in. Playmaker Havertz, 21, was the jewel in the crown of Chelsea’s summer spree, but has fleeted in and out of matches, scoring just once in 16 Premier League appearances and registering a paltry three assists.

The young German’s backers can point to Havertz being “hit hard” by Covid-19 earlier this season, but countryman Werner has no such excuses for the barren run which has seen him go 11 league games without a goal. 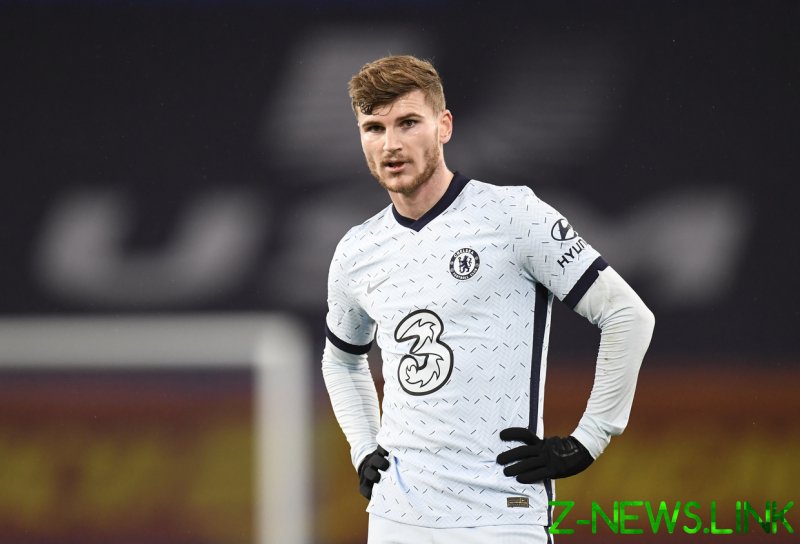 Werner has failed to make the impact many had hoped for. © Reuters

That Chelsea are set to name Thomas Tuchel as Lampard’s replacement is telling. The 47-year-old German is on the market after being sacked by Paris Saint-Germain in December, but just as important will be his ability to speak the same language as Havertz and Werner as Chelsea look to coax the best out of the pair in a way that Lampard clearly could not.

Should he be confirmed as expected, Tuchel will become the 13th different manager of the Abramovich era at Chelsea. That is quite some churn, but the Russian will point to the fact that Chelsea have enjoyed the greatest period in their history as part of the Roman Empire, winning five Premier League titles, five FA Cups, three League Cups as well as the Champions League and two Europa League titles.

Whether that success has come because of, or despite, the trapdoor under the Stamford Bridge dugout is open to debate. 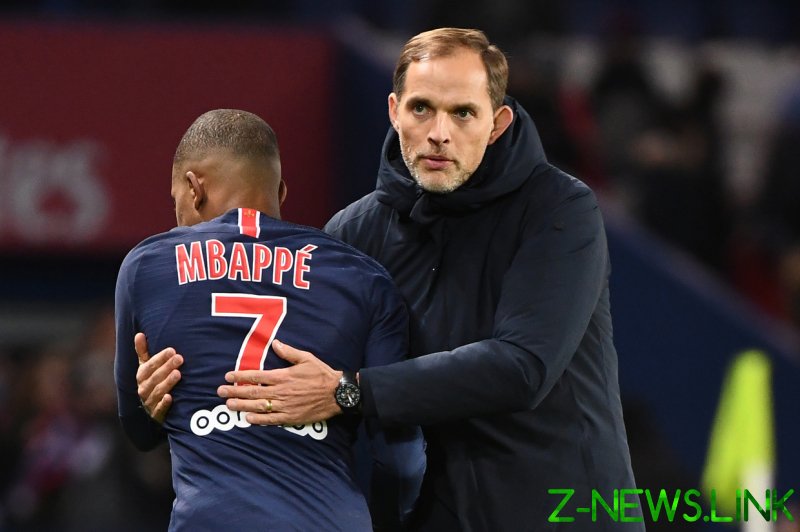 Former PSG boss Tuchel is tipped to be next in the Chelsea dugout. © AFP

Whatever the case, Lampard is now gone after just 18 months in charge, joining esteemed company such as Jose Mourinho, Felipe Scolari, Antonio Conte and Maurizio Sarri as among those to be given their marching orders by Chelsea’s Russian benefactor.

All the initial talk under Lampard had been of a new type of Chelsea project, under a young manager and with an exciting group of young players. This time things might just be different, was the refrain.

But as Lampard has found out, some things do not change at Stamford Bridge – and patience is still not one of Roman Abramovich’s virtues when he believes his football club is in trouble.