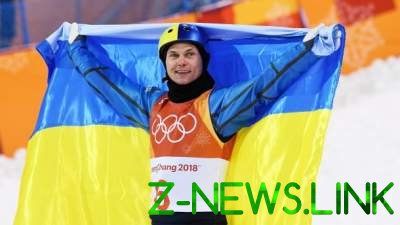 In Kiev, declared the ceremony “Heroes of sports year”.

Best sportsman 2018 projected has worked as a ski acrobat Alexander Abramenko, who at the Olympic games in Pyeongchang became the first Ukrainian man with the gold of the winter Olympics. In addition Abramenko award was claimed the silver medalists of the world Championships in Greco-Roman wrestling and gymnastics Jean Beleniuk and Oleg Verniaiev, respectively.

Women have best recognized the world champion and holds the world record in shooting Elena Kostevich. The award also was nominated world champion in judo Daria Beloded and the first racket of Ukraine Elina Svitolina.

The best team was the Duo of Elena Kostevich and Oleg Omelchuk. Ukrainian arrows in 2018, the year he also won bronze medals at world and European Championships and set a world record.

Coach of the year became coach of the national team of Ukraine on freestyle Enver Ablaev, who prepared for the Olympic triumph of Alexander Abramenko.

See also:  Joshua will fight with a former opponent Klitschko

In the nomination “Olympic hope” won the champion of the youth Olympics in fencings on the sword Catherine Cherny.

The sensation of the year became world champion in the fight Alla Cherkasova, which at the world championship in Budapest in category to 78 kg brought the only gold.