Home / Society / About the life of Lesya Ukrainka movie

About the life of Lesya Ukrainka movie 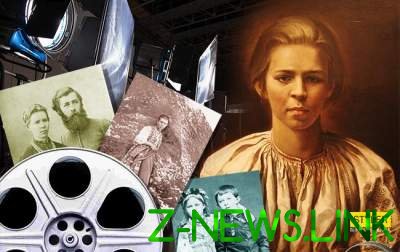 The film will be shown at the contest writers.

About the life of the famous Ukrainian writer Lesya Ukrainka (Larissa Kosach-Kvitka) will shoot the film. The scenario of Ukrainian film “USSA” will take part in the program for writers ScripTeast. The production of the film is scheduled for international coproduction.

A biopic with the working title “Uzlissya” is a biographical story about the fate of the most famous Ukrainian poet and writer Lesya Ukrainka. The film will tell the story of the life of Larisa Kosach from an early age until his last days, her inner world, which is closely intertwined with the routine and reflects all the key twists of fate writer, reported in the JS Films.

The idea to make a film about Lesja Ukrainka arose spontaneously when creative producer and co-producer was passing by Surami (Georgia), where he died the poet.

“I thought movies about the fate of Lesya Ukrainka must exist, and the subject lies on the surface. But by studying a lot of material on the work of the poet, I understood almost no about her films. The only gaming “Coming for you” was filmed in 1971. But Lesya Ukrainka is not only one of the key figures of Ukrainian culture, but also a strong woman. And then we decided that this story is relevant and it must be real, not stereotypical. We want to create a film in which Les will be revealed as a living human with their weaknesses and emotions,” – said the author of the idea of the film Julia Sinkevich.

“To participate in the program ScripTeast was selected scenarios from eight countries in Central and Eastern Europe. The first stage will be held in early October in Poland. Second time Ukraine takes part in ScripTeast – in 2016, the main award for best screenplay received the draft “When a tree falls” Marysia nikitiuk,” said the news Agency.