Home / business / About spies and people

About spies and people 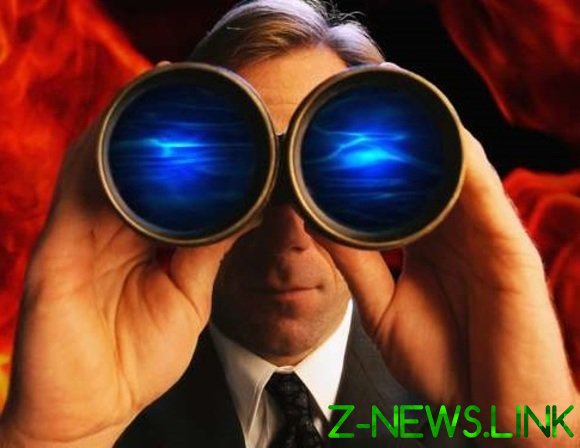 The desire of the Russian authorities to see intrigues of Western intelligence agencies leads to the fact that the country has no business to do, no science.

Against the background of Russian television news in the usual military-style balaclavas, batons, independence, surrounded by enemies and a little about the weather in the Park “Patriot” or not, emigrate to the Internet. At one time I supported mental health series, and recently got into the YouTube channel “Russian standards!”

Genre hours of interviews with entrepreneurs who have achieved success in our country and abroad. The second more. And they say they are free, which is understandable. But in any case, these peace talks with the unconventionally-minded successful people is a strong remedy for depression. And sometimes it seems that the people of the country are completely tongue-tied-aggressive officials, for whom all problems are to blame either “population” or “Western intelligence agencies”.

One conversation in this series, hooked really. His hero is Mikhail Kokorich, which I used, to my shame, have not heard anything. And, most likely, while he lived in Russia, one an interview with him and did not take, although Michael was founded in our country, more than 20 companies. In particular, the “Dauria”, which was engaged in the development and launch space satellites.

The businessman cooperated with the Russian space Agency, after two years, stopped, then, in 2015, he sold his stake in the company and moved to the United States. Two years later, founded a startup Momentus Space aimed at the market space of logistics and transportation.

Michael explains: “In the coming years, space will annually launch more than a thousand satellites… Large missiles, which can bring a large number of goods, cheap. But they lead to one point, and then have to deliver the satellites in those orbits in which they should be. Or you can buy the whole small rocket and send your camera to the orbit that you need. This can be compared with the usual trip. You can take the train — it will be cheap, but you get to the train station. Or you can take a taxi — then you’ll get to the specific house, but it will cost ten times more.”

The start of Michael and offers such space cargo taxi. But first, it needs to build. Know-how of the launch of the tug engine. As explained by the businessman, is a “small microwave oven the size of a can of coffee”, which allows you to use a much smaller mass of fuel than the standard engines. The thrust is small, but sufficient to navigate in zero gravity.

Funds for the project give investors practically stood in a queue. And, of course, the question arises: why is the US the business was popular, and in Russia — not useful?

“Because I lived in America, people in uniform all began to whisper that I was an American spy — meets Michael. Directly and indirectly, began to speak: working with them is impossible, they are American spies.” In the end, the businessman was forced to leave the country already meet.

Imagine the level of decision-making up there, if the decisive argument is “he’s a spy” from people in uniform, who, I suspect, don’t even know what prospects says Michael and how in principle a rocket engine.

You can harp on “breakthrough” technologies with which Russia here-here will show around the world any next gruel, but so far to evaluate the startups and know-how in the country will be “men in uniform”, we see only the sky in the box, not the space provided.

When I wrote this column, there was a message about new guidelines from the Ministry of education to communicate with foreign scientists. Apparently, dust off some Soviet instructions and put into action. In General, all as in the days of the “iron curtain”: one-on-one with a potential “spy” to stay, contacts in outside regular hours is possible only with the permission of management, then scientists should “draw up a report with a brief description of the conversation, attaching scans of passports of participants.”

In addition, when you visit a Russian scientific organizations, foreigners can use a recording and copying device information “only in cases stipulated by international treaties of the Russian Federation”. Scientists in social networks trying to understand how this is possible in the XXI century. Are now participants in international conferences will have to select a watch, cell phone and other gadgets? And how to ensure the growth of international cooperation and publications in foreign magazines?

And certainly, comrade major. These musty papers, not intellectual property protected, and only contribute to the leakage of intelligence from Russia. As if little of it in recent years has flowed. After all, Kokorich is just one of the thousands of Russians who would work for the benefit of his country, but for some reason she was not useful.

And, if not offended, at me Russian scientists that we have here to swipe? In the same Roscosmos. If only know-how to cut government orders. And this knowledge of Western “spies” is unlikely to be useful. Indeed, in developed countries the science increasingly supports private business.