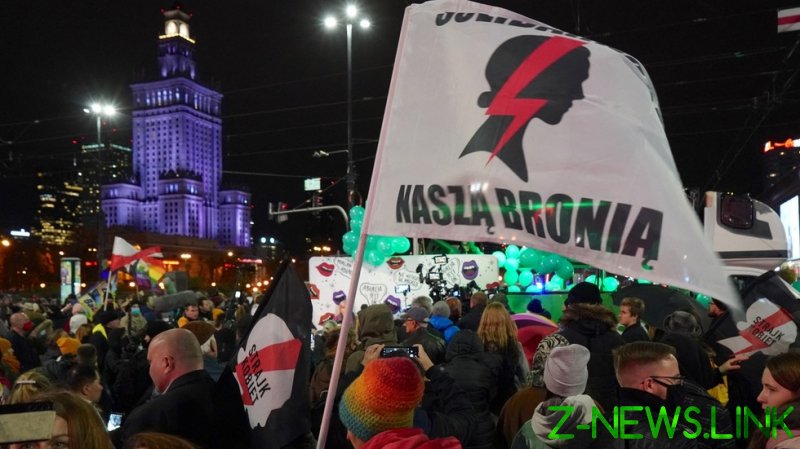 In a rally organized by Women’s Strike, protesters passed through Krakow and the capital on Monday. Demonstrators lit candles to mourn the young woman’s passing, placing them outside the Law and Justice party’s Krakow headquarters. Meanwhile, in Warsaw, candles burned outside the Constitutional Tribunal, which made the controversial decision last year.

The 30-year-old woman died in September from septic shock in her 22nd week of pregnancy, but the case was only made public last week. Doctors did not carry out a termination despite knowing that her fetus lacked amniotic fluid, according to a lawyer for her family.

According to Dr Marcin Leśniewski, director of the Pszczyna County Hospital in southern Poland, “at the time of the patient’s admission, the indicators of inflammation were not so developed as to make any hysterical movements.” The woman died less than a day later.

Jolanta Budzowska, a lawyer specializing in medical malpractice, argues, however, that doctors waited for the fetus to die rather than resort to an abortion. She blamed the constitutional court’s ruling for the woman’s demise, echoing claims from activists, who argue that the 30-year-old is the first registered victim of the almost-total restriction on terminations.

Warsaw tightened its already-restrictive abortion laws in October last year, when it ruled that terminations on the grounds of fetal defects are unconstitutional, effectively eliminating the most common reason for ending a pregnancy in the country. Criminal incidents such as rape and/or incest, or instances where the mother’s life or health is at risk, are the only reasons for exceptions.

The ruling last year spurred mass demonstrations nationwide in Poland. Tens of thousands of people marched through Warsaw in what was thought to be one of the largest protests to rock the capital in decades.