Home / WORLD / A triumph for bullies – school clears teacher of ‘deliberate offence’ in Prophet Mohammed cartoon row, but bans use of image

A triumph for bullies – school clears teacher of ‘deliberate offence’ in Prophet Mohammed cartoon row, but bans use of image 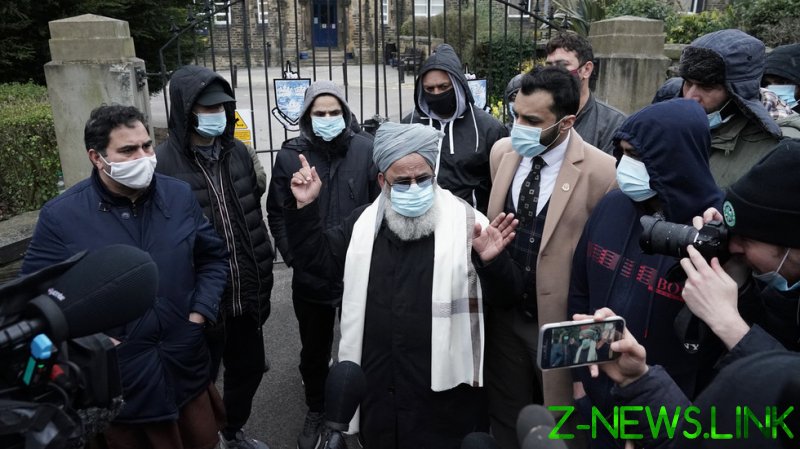 A West Yorkshire grammar school that suspended a Year 9 religious studies teacher for showing pupils a caricature of the prophet Mohammed might feel it has done enough to draw a line under the incident having just announced the findings of an external inquiry. But the reality is that this is a dreadful betrayal of pupils, staff and of freedom of speech itself, which exposes cowardice of the most yellow variety.

The teacher and his family have not been near the area of Batley since March last year, living in hiding and fearing for their lives after two days of protests that included threats and intimidation outside the school. Despite being told he can now have his job back, it’s unlikely he’ll ever return to Batley grammar. Why would he?

Having been hung out to dry by the headteacher, Gary Kibble, whose knee jerk reaction to suspend his employee revealed a spine of jelly, the lengthy external investigation into the incident commissioned by the Batley Multi-Academy Trust found that not only did the teacher not intend to cause any offence during the class, but that the caricature from the French satirical magazine Charlie Hebdo had been used previously, without causing upset. So why was this time so different?

A weasel-word statement from the Trust posted on the school’s website stated, “The independent investigation has concluded and the Trust has accepted that the teaching staff who developed and delivered the lesson genuinely believed that using the image had an educational purpose and benefit, and that it was not used with the intention of causing offence. The image was included to initiate a discussion about the meaning of ‘blasphemy’.”

So, let’s make sure we’re clear on this. The caricature had been used previously. No offence was intended. No offence was reported previously. But still, the teacher was suspended back in March, left fearing for his life and forced to seek refuge away from his home until these patently obvious conclusions found their way into an official statement the school could post on its website. Unsigned.

And despite the image from Charlie Hebdo being perhaps the definitive teaching aid to use when discussing the topic of blasphemy, the Trust has vowed the school will never again use it in class. That ‘thud!’ you can hear is the lid on the coffin of freedom of speech slamming shut before it’s lowered into its grave.

This is what happens when quivering woke jellyfish are put in positions of authority. The headteacher at the school chose to effectively sack a long-term member of staff – he was never realistically going to return to the area – rather than stand by him at the outset, before then washing his hands of any personal culpability for this shoddy behaviour by outsourcing responsibility to an external investigation.

As for education. Well, any institution that treats the principle of free speech so offhandedly should be flagged up as alarmingly problematic. What does this incident, and the abject surrender to a mob which demands the curriculum be censored because someone’s feelings were hurt, say about individual rights in modern Britain? What lesson does it teach the children of Batley?

Compare this shabby episode with the shocking decapitation of French schoolteacher Samuel Paty in October last year, after he was targeted on social media and then by a radical Islamist for showing his students the very same caricature used in Batley.

Such was the outrage in France at the atrocity that a national ceremony was held in his honour with an emotional address from President Emmanuel Macron. In reading back over his speech, I cannot help but wonder if British PM Boris Johnson would ever step up like this.

Speaking at the Sorbonne in October, Macron said that 27-year-old Paty “was not a principal target for Islamists, all he did was teach. He was no enemy of the religion they served, he had read the Koran, he respected his students whatever their faith, he was interested in Muslim civilisation.

“Samuel Paty was the victim of a macabre conspiracy of idiocy, of lies, of jumbled ideas, of hate of others, hate of who we are, deeply and existentially.”

And while the grammar school teacher from Batley has not, thank goodness, paid with his life for the unintentional upset he caused, Macron’s words must resonate here. The teacher must wonder how simply discussing religion became, in itself, such an inflammatory act that he was forced to live under a cloud of fear with his young family, away from their home and without a job.

He must wonder how the anger stirred up by the mob against him spread to Slough, a town 200 miles away, where he and his family were invited to live by a Muslim councillor, with the kindly offer of, “Come to Slough. We’ll welcome you and your family”. For extending this hand of generosity, Sabia Akram was targeted by a rowdy demonstration outside her offices and a petition signed by 1,300 fellow Muslims branding her ‘evil’.

It cannot be too much to hope that these characteristics find no way into our children’s education and that an angry mob at the school gates cannot determine what is taught inside the classroom. It’s also to be hoped that it is understood that learning about tolerance and sensitivity in a diverse society can sometimes, unintentionally, cause upset.

Because, unpopular as the notion might appear to the hyper-sensitive souls of Batley, West Yorkshire, in the battle for ideas, freedom of speech does not choose sides.