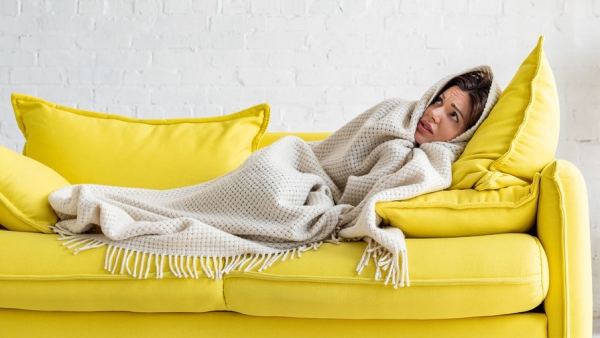 Millions of Europeans can’t heat their homes in winter. In some cases, for the warmth you have to pay up to 1000 Euro per month. In poor households the situation is aggravated by the quality of the houses. Russian flats residents until cold. However, there is a problem of low tariffs and large debts of the population.

About 7% of the population of the European Union (EU) said in a European survey that they can’t afford to keep their home in proper heat. This was announced by Eurostat, published in the January poll.

The largest proportion of people who said they can’t heat the house was registered in Bulgaria (34%), Lithuania (28%), Greece (23%), Cyprus (22%), Portugal (19%) and Italy (14%). On the contrary, the lowest rates (about 2% of the population) was recorded in cold Austria, Finland, Luxembourg, the Netherlands, Estonia and Sweden.

Many families used for heating homes don’t have enough money. The share of income spent by European families with low incomes for energy, increased by 33% between 2000 and 2014.

A cold home is a serious health threat. In the UK a year die more than three thousand people because you can’t properly heat their homes, wrote The Independent.

“In Europe, as a rule, the liberal model. Usually the Europeans can regulate the temperature in his apartment. In the UK there is an issue in the winter when the residents see on counters the current price of gas, why some retirees are forced to reduce the temperature or do not consume the gas,” said “Газете.Ru” the leading expert of the national energy security Fund Igor Yushkov.

The result is freeze at home, and the mortality rate increased mainly due to colds, the expert explained.

“The progress made by the countries of Northern and Western Europe in reducing energy poverty, can be explained by more stringent building standards, and more effective financial support for poorest households”, — stated in the report of the analytical center OpenExp.

For example, cold Sweden, Finland, Denmark have practically no problems with heating. The difference is, as perceived by energy poverty: if it is regarded as the energy issue, the actions are focused on subsidies for repair works; if it is perceived solely as a problem of poverty, the selected solution is direct financial assistance to enable households to pay their bills. In countries where cope with the problem, apply both the first and second solution.

The relatively good performance of the Nordic countries related to their climatic conditions. “The countries of Northern and Western Europe face the risk of winter energy poverty, while countries of the South and East also experienced this phenomenon in the summer”, — stated in the study. In Portugal, for example, poor families are having difficulty maintaining heat in the winter, as well as maintaining coolness in the summer.

Russia has a big problem with the heating not. In most cities, apartment houses heated with hot water that flows through the pipes of the Central heating system. Water to a high temperature heat CHP (combined heat and power) or the city’s boiler houses. In this case, Russians are enjoying the house temperature not below 18 degrees, and is and 25.

It is possible that contrary to common opinion, the Europeans are more adapted to cold than Russian.

The fact that if you drown in Russian, for example, in Spain, you can splurge on the accounts for the heat. Therefore, many prefer a little frostbitten.

In Spain, there is Central heating, but not in all homes. As a rule, in the building there is one common pot, which heats only the house, and sometimes a few adjacent. Usually include batteries on 1 November and off in March. According to statistics, homes with Central heating in Spain, only about 10%.

Mainly heating in the country – individual. A very common heating system with water radiators — water is heated by an electric boiler. Outside the city for heating of frequently used gas cylinders. In this case, you need to enter into a contract with a local supplier. Occasionally in addition to cylinders install solar panels.

“Central heating is relatively cheap. In the cold time is 100-120 euros per month. Individual heating is much more expensive.

I prefer the house was very warm, plus I work from home. So if the heating was on day and night, as it happens in Russia, the cost can go up to 800 or even 1000 euros per month”, — told “Газете.Ru” Alba from the suburbs of Madrid.

The Spaniards are trying to save money and heat the house, for example, from 5 to 8 in the morning to Wake up already in heat, and then during the working hours and leave the house cold. While the South of the country winter can be very cold. It is not Siberian cold, but high humidity can be chilled to the bone.

In Bulgaria, where a third of the population do not have enough money for heating homes, houses and apartments warm due to Central heating only in the big cities. Most of the houses in rural areas use wood for heating, together with electric boiler. The fact that the tree is the most cheap and affordable way of heating in the country.

In Denmark energy efficiency has leaped forward. By 2050, all cities can become independent from fossil fuels – such is the task set by the government. Denmark is a country of district heating. It allows you to use different energy sources. In particular, in the Danish city of Marstal has proven that the Central heating can run on 100% renewable energy sources – solar collectors and seasonal heat accumulator (reservoir).

Despite the heat in homes that are familiar to many Russians, even in the coldest winter, with heating in the country is not so simple. In some regions of the heating areas is more than 70%. Money paid by the population is not enough for maintenance, and the need increases every year.

Association “Council of power producers”, which brings together large energy companies of Russia, formerly reported on the amount of debt Russians for heat. The amount of accumulated arrears is 222 billion. According to the head of FAS Igor Artemyev, about 75% of Russian regions are overpaying for utility services, and a quarter — on the contrary underpaid since the rates in these regions is underestimated.

“As a rule, heating is included in the total payment for utilities. So man, in fact, can not isolate the cost for heating. There is another problem – when people pay their utility bills, and then the company transfers the money to the gas suppliers,” said Yushkov.

Therefore, at different stages of the chain user-provider can develop billions of dollars in debt.

“In some regions this leads to the fact that people later turned the heat up and shut off the hot water from April to October, although they pay. The problem in Russia is huge” — said the expert.

In addition, according to him, the gas connection is a very expensive pleasure. If we are talking about the house in the countryside, until not everyone will be able to pay about 100 thousand rubles to connect the gas.

However, there are social support. In some cases the government allocates a subsidy to payment of utility bills, reminded the expert.