Home / WORLD / A statue of St. Greta? It’ll be toppled by the mob within 20 years as public opinion inevitably moves on

A statue of St. Greta? It’ll be toppled by the mob within 20 years as public opinion inevitably moves on 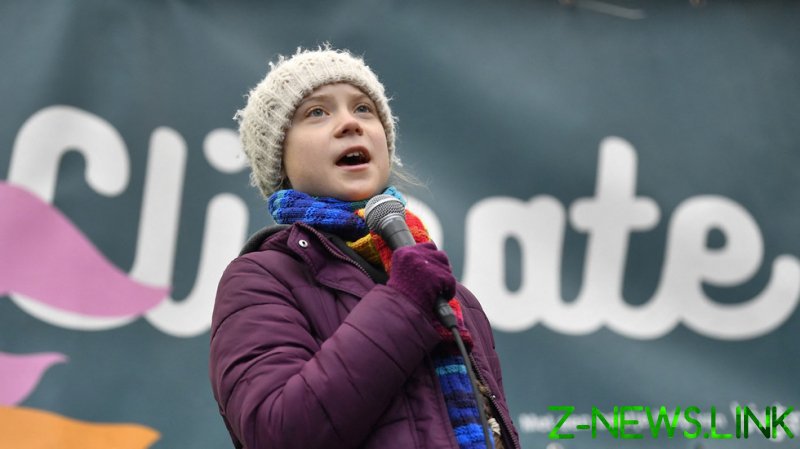 Enoch Powell, the divisive right-wing Conservative MP famous for his Rivers of Blood speech, once said that all political careers end in failure. And he was proven right after he became a figurehead for Britain’s racist, far-right political movements in the 1960s, 1970s and 1980s. There was little clamour to erect a statue in his memory.

Now, here we are in 2021, when you would think we would have far better things to argue about, and a row has broken out over a proposed statue of Greta Thunberg, the climate crisis campaigner and ‘voice of a generation’, commissioned by England’s Winchester University to go on the new West Downs development.

The university has paid almost £25,000 for a statue to celebrate the 18-year-old’s work and inspire others on her activism against environmental disaster. But locals have questioned the decision and asked whether or not a new statue is actually needed.

Over the past year, the debate about statues has really punctured the public consciousness, with fierce discussions over those whose memory, life and ideas deserve to be remembered and honoured.

In Bristol last summer, local people took it into their own hands to pull down a statue celebrating the life of Edward Colston, a local merchant and philanthropist born in the city who made his fortune through the transport and sale of African slaves. After the local authority had dithered over deciding what to do about the statue for 20 years, the people of Bristol made their feelings clear.

Since then, we have seen a moral panic around our public statues and who and what they represent. Sadiq Khan, the mayor of London, came under fire from some sections of the media when he commissioned a committee to look at landmarks in the capital as accusations flew he was attempting to change or censor history.

Therefore, it seems like madness to me that Winchester University would commission a statue of Greta Thunberg. The Student Union and the Lecturers Union UCU have both questioned the timing of such a vanity project, with many at university struggling with their finances.

The residents of Winchester, meanwhile, have expressed their opinion that if a new statue must be erected, they would rather it be local Big Issue seller Kev, who has walked the streets of the town for many years, selling the famous magazine that aids homeless people.

And while the argument that Kev is more deserving than Greta might sound flighty, it has some basis. After all, faddy, high-profile political figures have a tendency to become unfashionable at some point. Colston is a good example, and in Grantham, Lincolnshire, the local authority has been handwringing about when to go ahead with the £100,000 unveiling ceremony of its statue of Maggie Thatcher, another politician who was divisive and to whom history has not been kind.

Questions should be raised about the university’s role, too. Universities hold a lot of power in the towns and cities they inhabit, but in truth they have very little connection and sometimes respect for the local population. They may have the money to fund ideas like this, but as we have seen with the many statues that are now questionable across Britain, those who hold the money are often not the best people to decide whose politics, life or ideas are worth honouring.

Public art and street memorials can play important roles in our communities, as they remember times and people gone by and can be used to create cohesion and belonging.

A statue of Kev the Big Issue seller, a local hero who is seen and encountered every day on the streets, would be a great example of how public art can be used to show the uniqueness of our communities and the people we want to remember who reflect who we are.

It’s hard to say the same of a statue celebrating Greta Thunberg, though. I’ll be fascinated to see its fate in 20 years, as – just like Enoch Powell said – the trajectory of her career changes and public opinion continues to evolve.