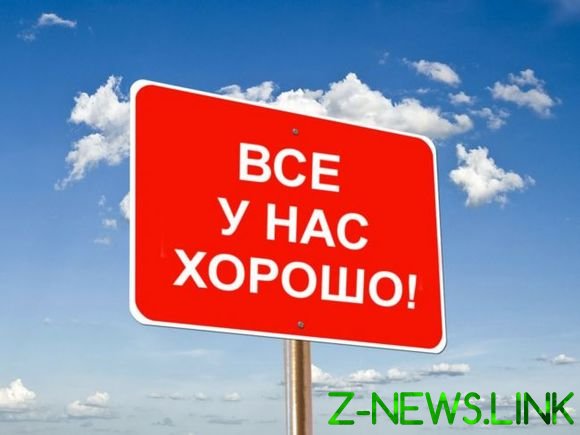 The government aggressively hammered into the heads of the population mantra that Russians have a special sense of pride in the greatness of our Motherland. And in some other Nations, love of country it happens, but we have so much that life without her can not imagine. Even in peace time — homeland or death!

Quarreled with the EU. The explanation that we offered them closely from Lisbon to the Pacific ocean, and even NATO was ready to integrate, and they refused. But what about all the other countries of the former Soviet bloc? A large part of the former Soviet republics why living in peace and cooperation with the EU? One answer: they do not claim a special role in the partnership, they do not require equality between themselves and the entire European Union. And we can’t become one of the many countries in the EU.

Why can’t we? Why can’t you have the same rights as Germany, France, Poland or Estonia? And therefore, explain to us what the mentality of our people does not allow. Our people take special pride in the greatness of Power. They are all small or ordinary. And we are great! And geographically, and — most importantly — spiritually. Well, rocket.

My pride suffers when the leaders of my country everywhere and constantly moan that Russia is holding back, that is against Russia is constantly the conspiracies that Russia is ready to make friends, but she is constantly turning away and kicking. Turn away from someone who constantly demands something and, on the basis of some of their arguments, we have to give. Kick, the need for which do not see, but he’s annoying asking for a special friendly relationship. But from this, I have my pride suffers.

We are often in the form of an example lead China. But he was not always so powerful with him — as with America — no one is impossible to ignore. I remember a time when relations with China, we (not they!) was the Older brother. But I do not remember that China’s leaders periodically, at all international events, have complained that China is hurting and holding back. And now I do not threaten anyone in the nuclear ash to turn.

Step by step to solve and resolve their internal problems, was engaged in its economy, invest in science, create favorable conditions for investment and international cooperation. No one taught you how to live, and never invaded by his troops. And now a second pole of the world.

Russia for 30 years is an independent entity of world politics. But the Kremlin inmates and naseleni (definition Pavlovsky) covered phantom of former greatness and they demand to be perceived as leaders and representatives of the Empire called the Soviet Union. The principle of action is the same: do not want to respect — make them fear!

And internal problems to deal with interesting. Competitive economy, effective and affordable education and health care, the creation of a halfway decent judicial system, the institutions of democracy instead of murzilok, local government — it’s so long, so dreary. Nicer to love the Motherland and be proud of her greatness.

Those over 75 years of Victory is approaching.