Home / WORLD / A ship to wreck? BoJo triumphant as Britannia leaves EU. Holes in hull are only subtle, but their consequences can be damaging

A ship to wreck? BoJo triumphant as Britannia leaves EU. Holes in hull are only subtle, but their consequences can be damaging 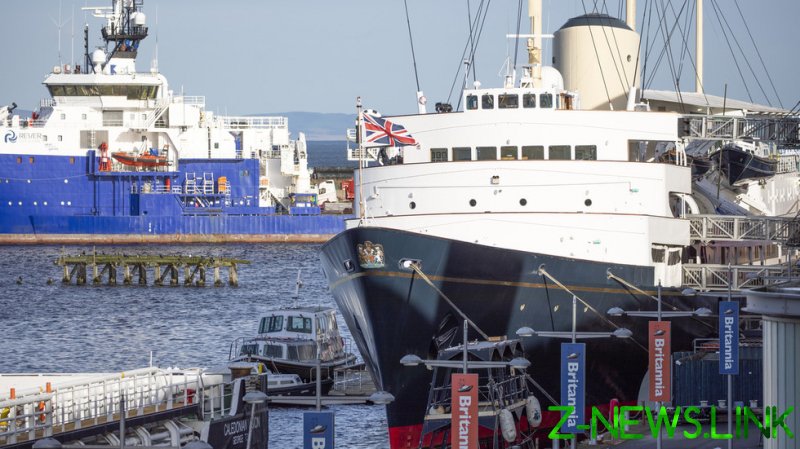 So the deal has been agreed. This was always going to happen; as I pointed out a couple of weeks ago, Boris Johnson was clearly bluffing about his threats towards a no-deal and inevitably, there would be an agreement.

Not surprisingly, he and his government have not shied away from a blast of national triumphalism declaring the deal and Brexit as a victory, even hinting that the country is having its cake and eating it. Yet, beyond the bluster, the European Union were also – albeit in a calmer manner – declaring victory too and stating that their core interests had in fact been preserved against the UK’s more lavish demands.

So is this a win-win situation? Or is one side guilty of excessive political spin?

Whilst there is, no doubt, a lot of relief that a tedious and four-year saga is seemingly coming to an end, the depiction of this outcome as a bonanza for Britain is just wrong, and misleading. The fact that the worst outcome possible was in fact avoided is serving to cloud the fact that there are still lasting negative consequences for the UK, even if we can argue it was a reasonable compromise, considering the extent of the demands pitched by Boris.

Still, as pointed out in a Guardian article, the UK might not have jumped off the cliff, but “Instead it will find a rocky and steep path down to the stony beach below, with a few handrails along the way.”

First of all, there’s a lack of economic realism in the optimistic bellowing of this “Global Britain.” The BBC analysis states straight up that British GDP will be four percent smaller in the long run due to its lack of relative growth to EU countries. Why so? Because economic interactions between Britain and the EU are now more complicated and less convenient.

The deal in principle ensures tariff-free trade between Britain and the EU, but the devil is always in the details. Britain is no longer part of the EU customs union and, as a result, there is now an additional level of bureaucracy and checks imposed between British and European markets which did not exist before. It is not, of course, the worst-case outcome, but it is a minimum benchmark, if that.

Whilst Downing Street has talked repeatedly about the ability to make “our own trade deals” with far-flung countries, geography matters, and there is little that can compensate for what was the easy accessibility and convenience of Europe. This is particularly damaging when one not just looks at goods, but financial services, too, where there are big questions about the access that big money institutions can have to the continent – something Boris is apparently disappointed about.

The bulk of Britain’s economy is built upon financial services, and membership of the EU established what was known as a “passporting system,” whereby if a bank was authorized in one EU country, it was authorized to trade freely in any other with minimal additional authorisation. Now, however, any financial institution which chooses to invest in the City of London effectively acts for Britain only, and thus its EU operations are entirely separate, that immediately cuts up future investment.

Next up, sovereignty. The most adamant of Brexiters will insist that Britain has now recuperated its “national sovereignty” from the dreaded bureaucrats of Brussels. This is also doubt-worthy. Firstly, Britain can’t cut its standards to be below Europe’s and gain a competitive advantage, and exporters have to follow EU rules anyway, which makes it a moot point, given the bloc is Britain’s largest trading partner. Secondly, it’s worth noting that Britain has in fact sacrificed some sovereignty over Northern Ireland to get this deal. There’s now an internal sea border between the rest of the UK and Northern Ireland, which follows the EU’s customs arrangements and not Britain’s. This sets the stage for an economic divergence between NI and the rest of the UK, with growing reliance and integration with the Republic.

Then, in the long run, there are the particularly messy ramifications of potential Scottish Independence. First Minister Nicola Sturgeon showed absolutely no hesitation in proclaiming Brexit as a casus belli for an independent Scotland, calling her country a “European Nation.”

She is now almost guaranteed to make the argument that Scotland can be inherently better off through integrating itself as an independent state and member of the European Union, giving her cause a solid economic argument which it did not have before. With “yes” having been leading in polls throughout the year triggered by the covid-19 pandemic, this sentiment is not to be underestimated. Was escaping the “clutches” of the EU really worth potentially breaking up the country? Is this the independent ‘Global Britain’ Boris has championed? Or might it be called an independent “England?” The argument that Brexit has hurt Scotland will be particularly hard to overcome.

Given this, has Boris really triumphed over Brussels? The EU states that it has preserved its core interests, but it is noticeable that this isn’t a victory lap or an affirmation of “victory” as much as it has been a damage-limitation exercise.

Europe is governed collectively by pragmatism and consensus, and for that very reason Britain’s sense of exceptionalism and egotism never quite fit, evidence of which could not be more clear from how both sides reacted to this deal.

Europe breathes a sigh of relief, whilst London depicts something which is quite disruptive as some kind of colossal achievement and ideological triumph. The ship of Britannia certainly didn’t sink, but there might be some subtle holes in the hull now which, over time, might have telling consequences.