August 20 marks 129 years since the birth of the writer Howard Phillips Lovecraft, which is considered to be the king of horror, after reading the books, which is scary to be alone in the room. The writer has inhabited a unique world of horrific monsters and ancient gods, whose images affect the subconscious mind of man: Cthulhu, Azathoth, the, Shab-Niggurath, Dagon, Mi-Go, and many others. He had a special manner of narration and touched on topics that did not reflect other authors – loneliness, insignificance of human life, fear of the unknown. 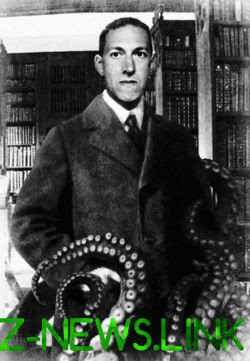 It Lovecraft Stephen king calls his teacher, and his work had a huge influence on modern literature, music, the gaming industry. Paying tribute to his work, the publisher Hobby World made a selection of the most popular Board game based on the works of the master of horror, full of mythical events and intricate mysteries. 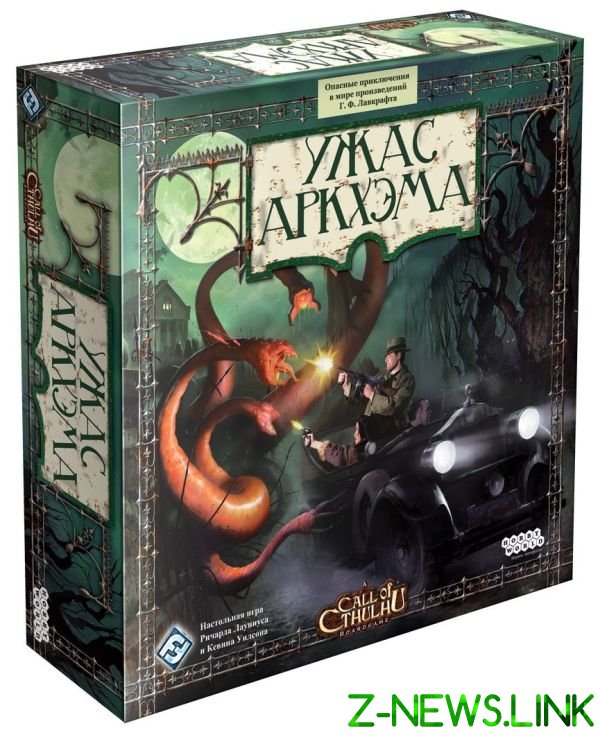 Over a provincial American city Arkham looming supernatural threat. To understand who is behind it and to prevent danger, players must assemble a group of detectives. During the game they will have to look for clues, collect equipment, and even to seal the gate between the worlds. It is impossible to predict the course of events, since it is only the law of probability. Desperate detectives will have to face with the magic of other worlds that can suppress the mind. To defeat monsters you must first collect weapons, to find allies and learn spells 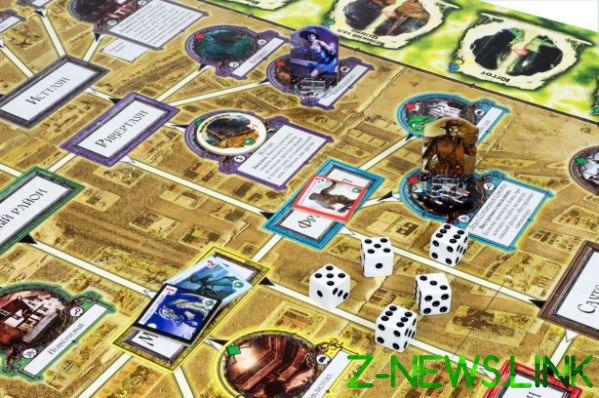 The game is divided into ten scenarios, which become more complicated. The players should pass it with minimum loss. Only concerted action by the team will help to seal the last gate before awaken an Ancient Evil. 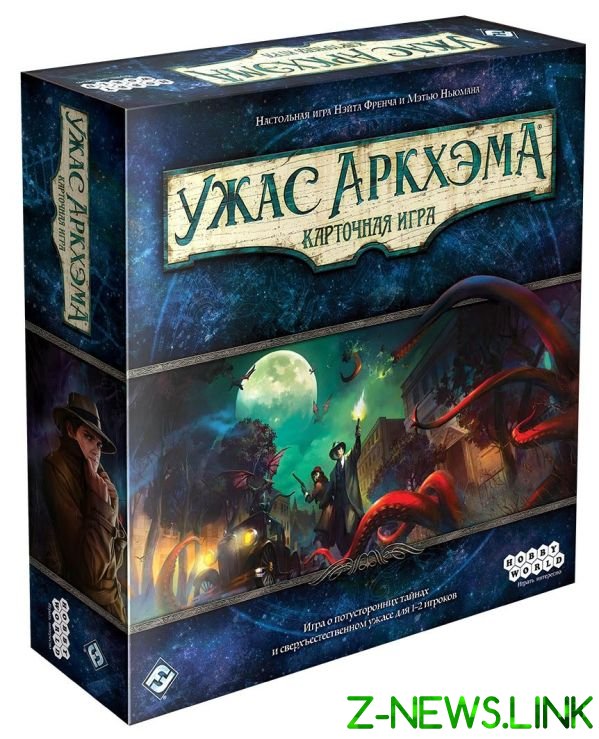 Players get in order not just a deck of cards, and a whole wonderful world full of mystical and mysterious event in which everyone can try on the role of detective. 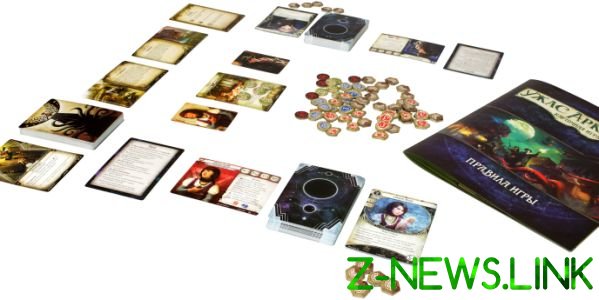 In game three scenarios, consistently related to each other and form an artistic narrative. Each players are in different locations, exploring them in search of clues. Throughout the campaign, the detectives get experience that allows them to improve their abilities and capabilities, and also add a deck of stronger cards. Save your mind from those follies and curses that will come their way is not an easy task, but the only way players will be able to uncover the secret of Arkham. As a team game, there are no first or second places: either the players win, or the Ancient Evil. 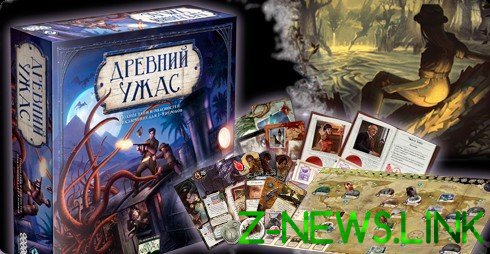 Board game, designed for those who are not afraid to challenge the fate. Players become detectives, endowed with certain skills. Participants have traveled all over the world, solve difficult puzzles, to build the strategy to fight monsters. The game is structured in three stages: Action, Contact, and Myth. Each player must perform certain activity. During the – to move around the map, find allies, buy the necessary items. At the stage of Contact you need to pull the card and read the story, which can positively or negatively affect the party, for example, move to a location with monsters. At the stage of Myths, players will perform the actions specified on special cards. 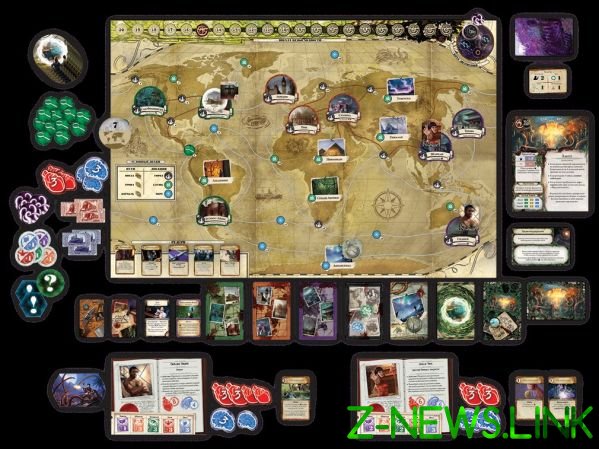 To emerge victorious from the fight, the group needs to solve three riddles. If this could not be done before awakening the beast, players will have to fight him in a battle, otherwise the world is doomed. 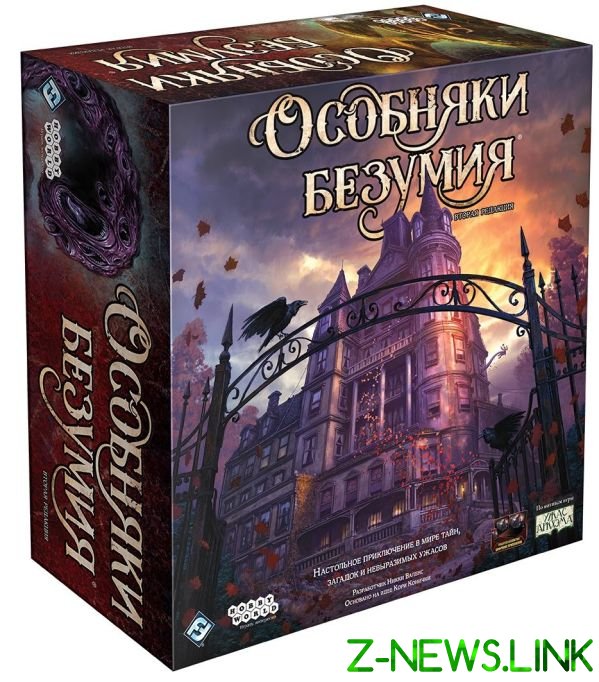 Deciding to step over the threshold of the mysterious mansion, the players re-enter the atmosphere of mystical events. The new edition will no longer be a player’s guardian, opposed the detectives, but there is artificial intelligence in the form of special software that can be installed on a PC or tablet. The program itself creates the playing field, places monsters and events. 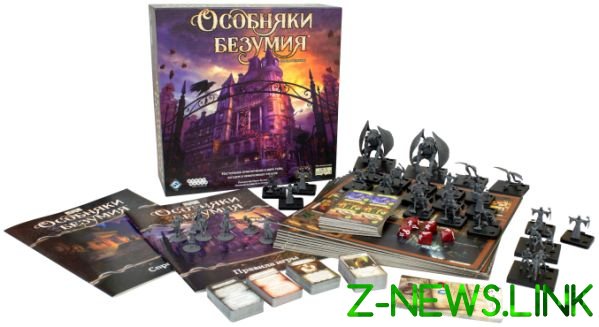 Participants will take part in many unique scenarios and challenges. In the game two phases: Detective and Myth. The Detectives phase players act in any order – move around the mansion, searching, exploring, chatting with the local inhabitants. The phase of the Myth of the dark events occur, and one never knows, will have to fight with monsters. 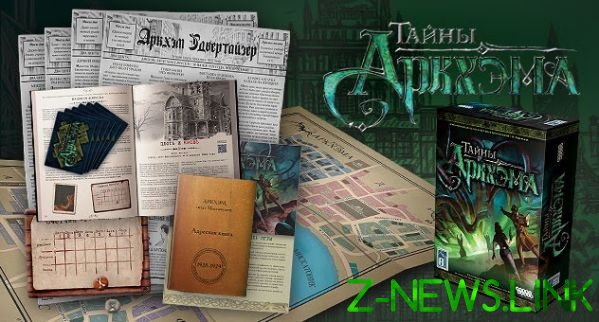 Participants will enjoy eight unique and challenging scenarios, a deep dive into a crazy atmosphere and adrenaline in the blood. The players are back in the us city Arkham 20 years, where there are ominous scene. The main enemy here is time, which will be relentlessly and mercilessly to hasten the coming of Evil. Players will arm themselves with deduction, logic, evidence and facts, to gather maximum information and to unravel the mystery. 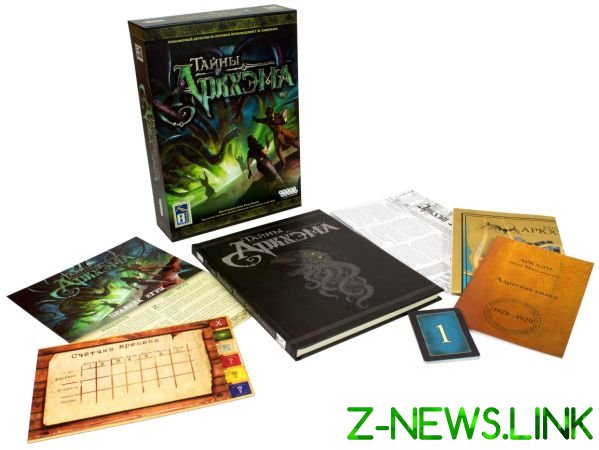 Each participant receives points for correct answers but there is a chance of losing everything in an instant. Not always worth the risk…