A Russian journalist has clarified the “confusion” surrounding the film “Matilda” 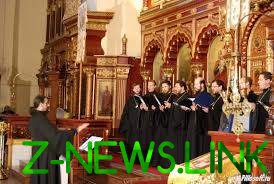 The controversial film every day creates more and more noise around.

Russia is gradually moving towards building a totalitarian religious state as in Iran.

About it in the blog on “Echo of Moscow” wrote a Russian journalist Yevgeny Kiselev.

“An Orthodox country should be like Iran – a totalitarian religious state. This idea was most impressed me in an interview with Alexander Kalinin, head of the mysterious organization “the Christian state of Holy Rus” (not yet banned in Russia), which he gave on the days of the “Medusa,” – said Kiselev.

According to him, in this interview with an Orthodox fundamentalist claims, in particular, that the wave of phone calls from terrorist threats, resulting in the mass evacuation of citizens that have swept across Russia, connected with the protest against the ill-fated “Matilda”.

“Perhaps all this is a figment of the imagination of Kalinin. Possible. What if suddenly there? And what if the authorities, appealing to the traditional values of Orthodoxy, autocracy, nationality and other scrapie, fueling anti-Western sentiments, indulging Church conservatives and the organizers of processions under dense obscurantist slogans, like last March in St. Petersburg, without doing anything against the crazed Prosecutor Poklonskaya, let the Genie out of the bottle?” – the journalist made.