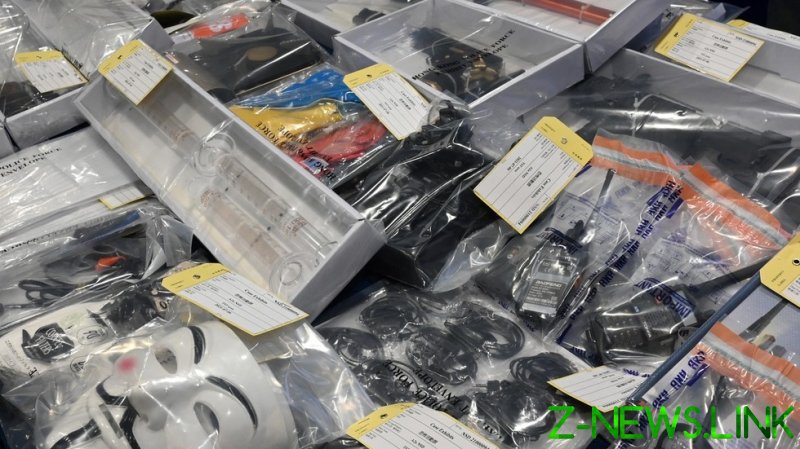 There’s been a spate of domestic terrorism in Hong Kong recently, fuelled by political resentment over the situation in the city and the failure of the protest movement in 2019. Last week, a lone-wolf attacker stabbed a police officer, committing suicide shortly afterwards. And now an alleged bomb plot has been revealed, with nine people arrested. These are exactly the type of acts the national security law imposed last year was intended to prevent.

Amid Hong Kong’s changing security environment, a clash with American Big Tech is brewing. Due to its role in suppressing the protests, the city’s police force has long been a target for violence from radicals. This has resulted in a new privacy law being proposed, designed to ban the publishing of private information online – a practice known as doxxing.

There’s good reason to introduce such a law. Anti-police activists have had a long-term habit of deliberately disseminating the private information of officers and their families, making them targets for abuse and violence. As the wife of a policeman told the Chinese news outlet CGTN in 2019, “My husband’s identity was exposed. The school of the kids was also exposed.”

The city’s authorities want to end this behaviour, which, against the backdrop of the rise in anti-mainland China feeling, they view as alarming. However, US Big Tech isn’t happy. Why not? Put simply, the enablement of this law forces companies to change the way they handle personal data, and exposes them to unfavourable legal liabilities.

As a result, a number of firms, including Google, Facebook and Twitter, represented by the Asia Internet Coalition, wrote an open letter to the Office of the Privacy Commissioner for Personal Data citing their opposition to the law.

The letter stated, “The only way to avoid these sanctions for technology companies would be to refrain from investing and offering their services in Hong Kong.” This was swiftly interpreted by the mainstream media as a threat to quit the city altogether.

Big Tech has form for this kind of thing, of course. These companies are already blocked in mainland China, precisely because they won’t comply with local laws. But this situation is not so much about politics or censorship; it’s more about a running theme of organisations seeking to coerce and bully governments into doing their bidding against laws that undercut their business.

It was only a few months ago that Facebook opposed a new revenue-sharing law in Australia, temporarily blocking the publication of news articles on its platform.

As I’ve explained previously, in China, it’s the government that has authority over Big Tech and not the other way round, and it’s easy to see why this approach has merit, in light of what is happening in Hong Kong. Big internet companies want to impose their will on the security interests of the city during a tense time.

But if they want to leave, then I would happily wave them goodbye. While the loss of these platforms would be a big inconvenience for everyone – they’re so interwoven into our daily lives, routines and needs – they are nonetheless increasingly falling foul of governments all over the world for a spectrum of reasons, including in America itself, over controversies related to political influence and personal data.

As we’ve seen in Nigeria, simply banning them is becoming an option, as states prioritise national sovereignty over Big Tech. Some people will say this is censorship, but in many scenarios, including this one, grievances against them are focused on privacy issues.

Ironically, if Big Tech were to leave Hong Kong, it would be doing China a favour. Should Google, Twitter and Facebook all depart, then this would inevitably allow China’s own tech giants to grow into the Hong Kong market and rein in the political narrative.

Twitter has not been helpful when it comes to events in Hong Kong, after all, openly promoting the Milk Tea Alliance, which backed the protests that swept the city and the violence that ensued. And, for a long time, it was used by Hong Kong activists using Telegram bots to spam it with anti-China content on an industrial scale and in a coordinated way. The platform certainly wouldn’t be missed by the authorities.

Whatever materialises, one thing is clear: Hong Kong should remain steadfast in standing up to the American tech companies, which does not have the right to try to determine what laws a country can and cannot set, especially when it’s experiencing a rise in terror attacks.

Yes, we all need Big Tech – and Big Tech knows that – but it cannot go unanswerable to anyone. Issuing threats may be a negotiating ploy, above all else, but even that is way above its station and rights. If the trio leave, it will probably do Hong Kong a favour, even in unintended political ways.

Tags attacks China could terror would