Home / Incident / A resident of Kharkiv ruthlessly killed his own mother

A resident of Kharkiv ruthlessly killed his own mother 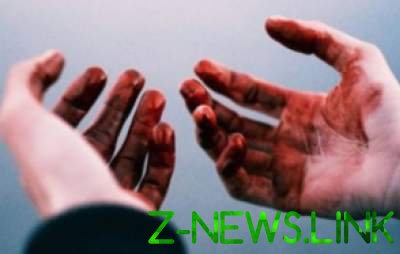 To the criminal threatens till 15 years of imprisonment.

In one of the villages of the Kharkiv region the man, after a quarrel with her mother, miscalculated and killed her.

When the man realized what he had done, then immediately called paramedics and police officers. But the save was already certain – the woman died.

“On a scene militiamen found out that the 45-year-old son during a family quarrel intentionally inflicted mother a punch in the face, and then grabbed his head and repeatedly struck the floor. From the received traumas the victim has died. Now the issue of election of a measure of restraint in form of detention,” – told us in a press-service GU of the National police of Ukraine in Kharkiv region.

At the moment the man had been detained. The next 15 years he will spend in prison.

Let’s add, that recently in the Kharkiv region on fire burned 4-year-old girl. At the moment we know that the fire happened the morning of the 5th of October, on the first floor in the five story building in the village Slobozhansky that in Zmiev district. In place urgently left the rescue team. Arrived at the emergency firefighters, rescuers found at the scene, 24-year-old woman and her 4-year-old daughter.

Read also: Accident in Kiev: from the impact pushed the Hyundai to the fence

They were unconscious on the stairs between the 4th and 5th floors. The baby died.