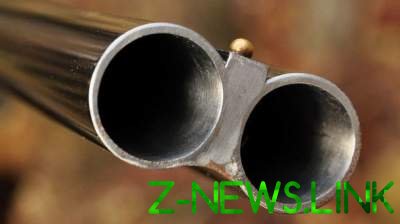 Two people were killed and one wounded.

Law enforcement authorities of Austria started large-scale operation to capture the 66-year-old armed with a carbine of the men who shot their neighbors and disappeared into the woods. This was announced Monday in the police Department of the Austrian Federal state of Styria.

Armed Austrian staged a massacre in the municipality of Stivell near Graz. He shot from a carbine, two elderly people and seriously wounded one woman. “The dead were neighbours of the arrow, – noted in police. – The situation is tense, the offender fled with the weapon and the people must be vigilant.”

See also:  In the Lviv region in the woods found the body of 19-year-old boy

Witnesses said that the assailant fired from a car.

The man declared wanted by the whole territory of Austria and the Schengen zone of the European Union. In Styria placed throughout security outfits police gunmen. In Stivale closed school and kindergarten. Children are recommended not to release to the street.

See also: Canada, wife of 25 years, mocked the homeless in his basement

See also:  Spain launched one of the most famous festivals in the world

The police managed to find the shooter’s car that he was driving around and repeatedly came into the view of the Austrian secret services. On the rear doors of his van for a long time placed a large inscription “Heil Hitler”, and the shooter himself have repeatedly expressed sympathy for right-wing extremists, and called himself a victim of Austrian justice.